Meticulously crafted from 1oz of pure silver in flawless proof quality, this coin from the Australian Lunar Series is a stunning acquisition or gift for anyone born under the Chinese lunar sign of the rabbit.

The coin portrays an alert rabbit with its ears erect and another rabbit stretching towards a budding branch. Included in the design is the Chinese character for ‘rabbit’, the inscription ‘RABBIT 2023’ and The Perth Mint’s ‘P’ mintmark. 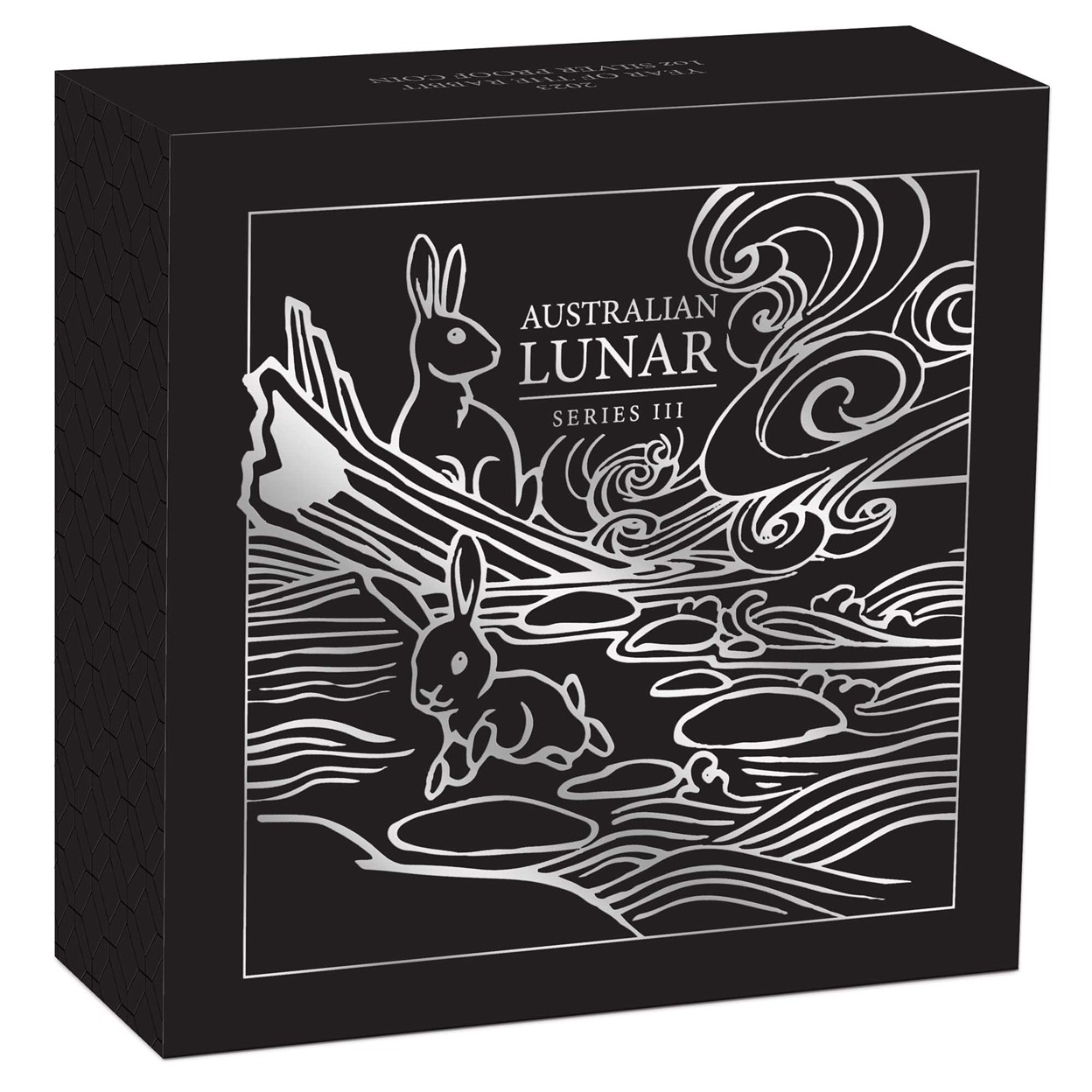