Out of stock
This stamp and coin cover commemorates the 150th anniversary of the official connection of the Overland Telegraph line between Adelaide and Darwin, drastically transforming the speed and breath of communication in Australia.

On 22 August 1872, the Overland Telegraph line between Adelaide and Darwin was finally connected. It was the result of years of planning and 23 months of arduous construction through the arid centre of the continent and  the wet, mosquito-infested terrain of the Top End. The telegraph involved 36,000 poles across 2,839 kilometres, from Port Augusta in the south to Darwin in the north, through territory virtually unexplored by Europeans. This huge logistical achievement has been called the greatest  engineering feat of the 19th-century Australia.

The coin portrays a stylised representation of telegraph poles and  their shadows, with a stylised cloudy sky. Also included in the design is the inscription ‘150TH ANNIVERSARY’, and ‘THE OVERLAND TELEGRAPH’S COMPLETION’, and The Perth Mint’s ‘P’ mintmark. 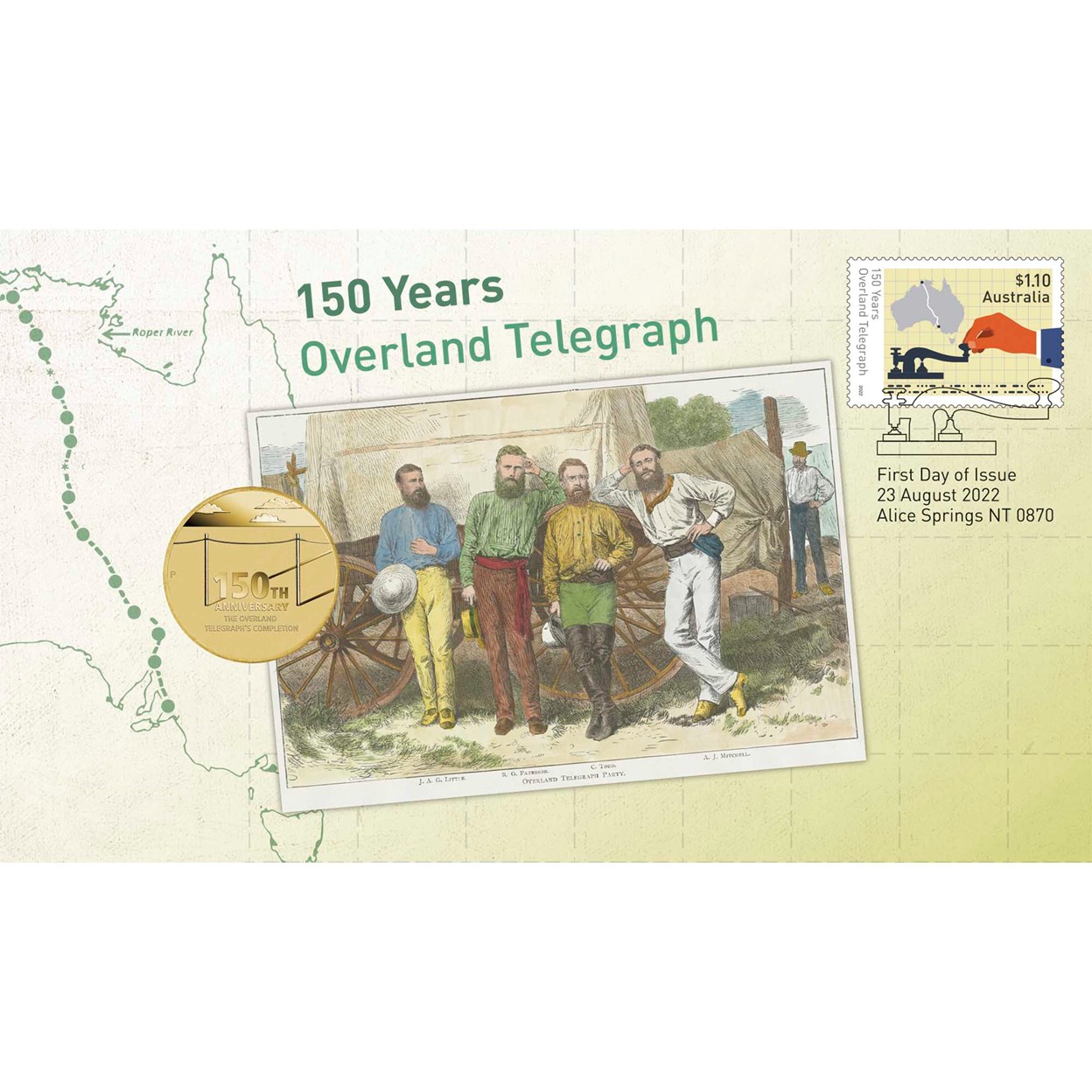 Affixed to a commemorative envelope featuring some of the visionaries of the Overland Telegraph, including Charles Todd, South Australia’s Superintendent of Telegraphs and the Postmaster-General who was responsible for this feat,  this stamp and coin cover features a $1.10 stamp. It also includes Australia Post’s Seal of Authenticity.