The incredibly popular pure silver Coca-Cola bottle cap collectables are back in 2020 in a special edition four-coin set certain to appeal to lovers of the most famous soft drinks in the world.

Following the success of the individual Coca-Cola bottle cap coins, collectors of vintage memorabilia will be delighted by the new set of four different bottle caps featuring: Coca-Cola, Sprite, Diet Coke and Fanta Orange. Each minted from six grams of pure silver in the shape of an original bottle cap, the coins are packaged in a keepsake tin designed to replicate a vintage Coca-Cola vending machine.

Each coin's iconic brightly coloured reverse is a fantastic tribute to the red, green, orange and white bottle caps that sat atop Coca-Cola bottles since as early as the 1920s and later Fanta, Sprite and Diet Coke. Each coin includes the logo of the respective drink with the obverse of each coin bearing the monetary denomination, 2020 year-date, and weight and purity. 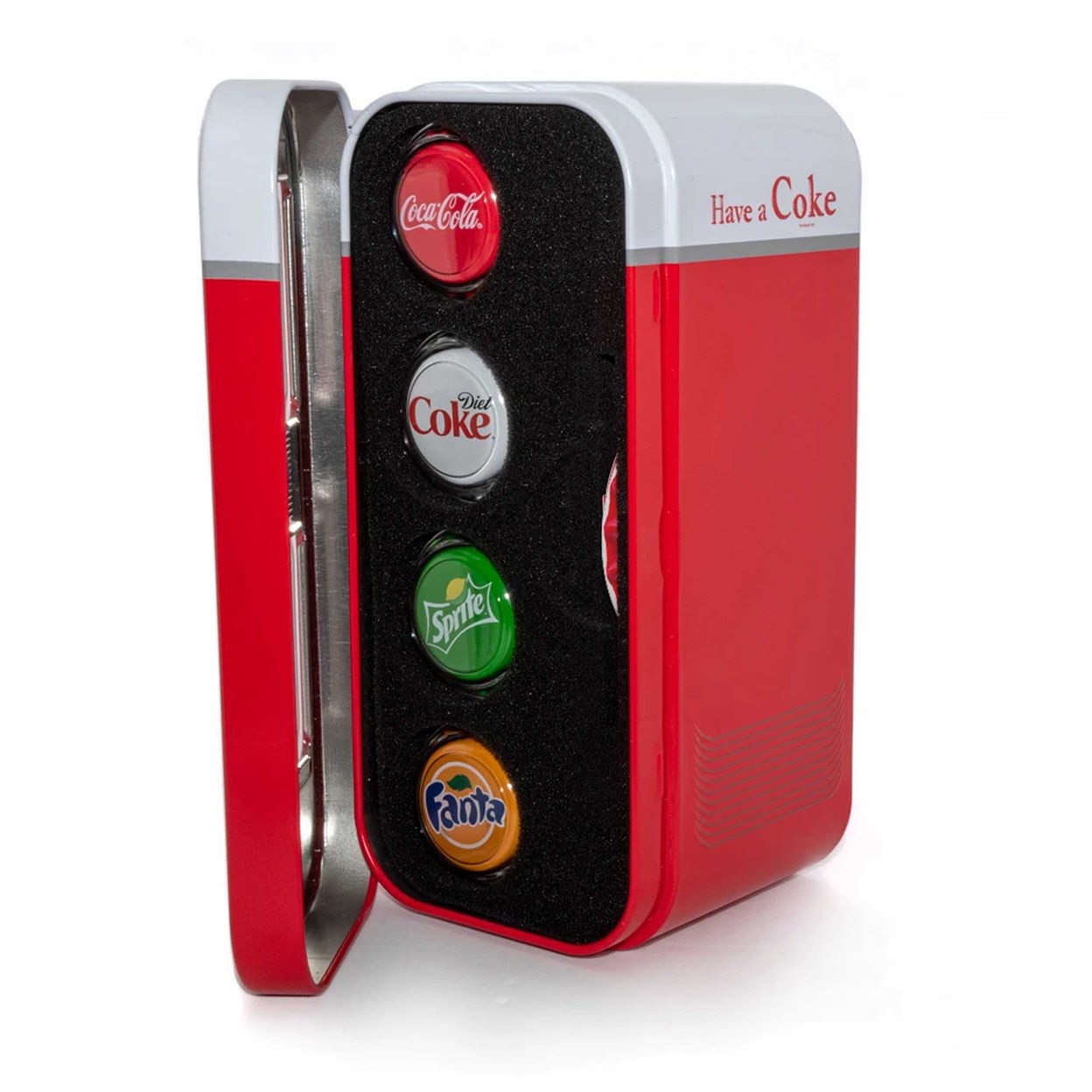 The four-coin set is presented in coloured packaging reminiscent of a vintage Coca-Cola vending machine and is accompanied by a Certificate of Authenticity.