The second of 25 1/2oz silver coins designed for fans of James Bond, this officially licensed product celebrates From Russia With Love, the 1963 blockbuster revered in cinematic history for being one of the most successful film franchises of all time.

From Russia With Love design

In From Russia With Love, criminal outfit SPECTRE seeks revenge for the death of its agent Dr. No. Played by Sean Connery, Bond is drawn into a plot overseen by former Russian head of operations for SMERSH, agent Rosa Klebb, forcing 007 to defend himself against assassin Red Grant in ferocious hand-to-hand combat aboard the Orient Express. 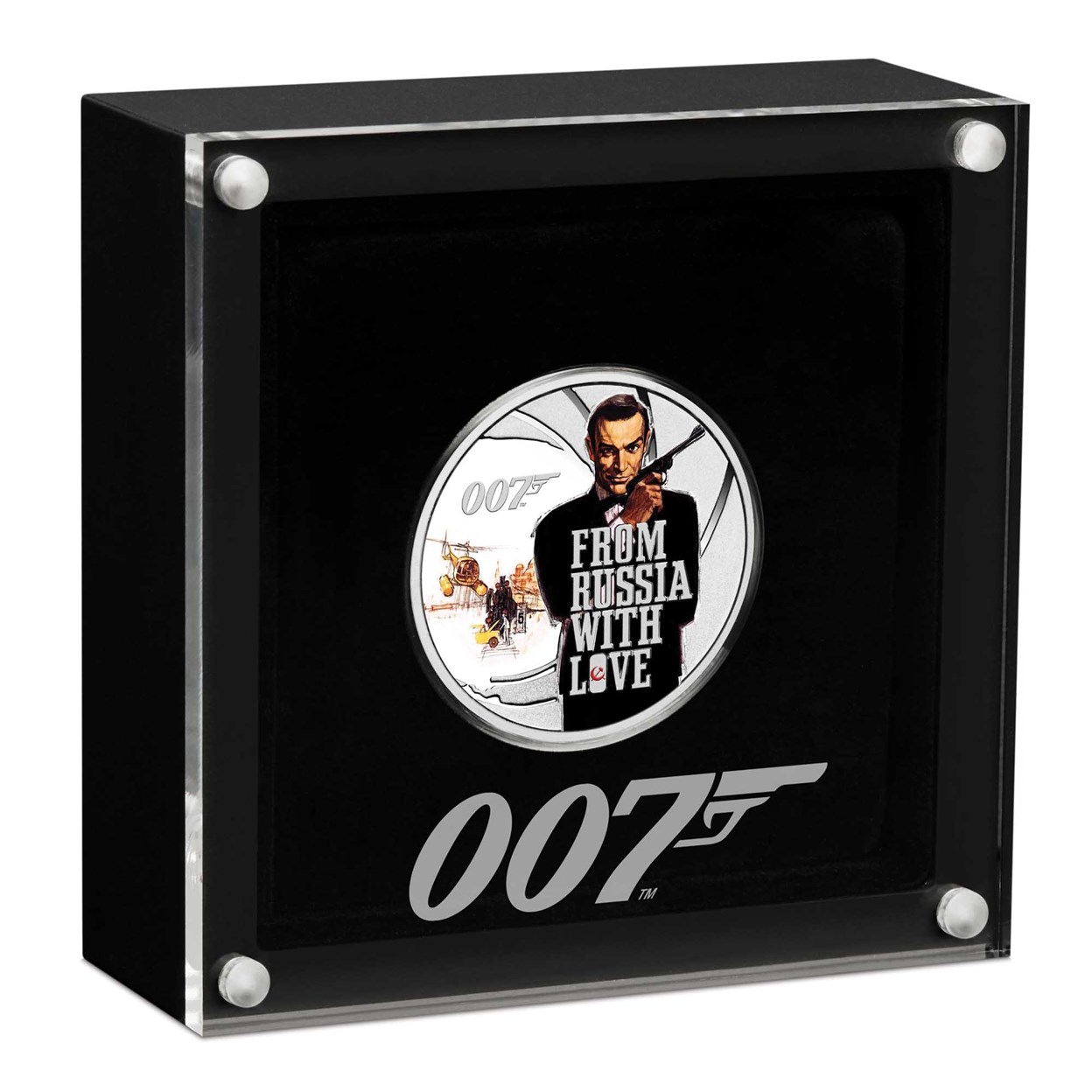 The coin’s reverse depicts a coloured illustration of Sean Connery as James Bond. Based on an official movie poster, the design also features coloured sketches representing scenes from the movie. Included on the reverse are the iconic gun barrel graphic from the franchise’s signature opening sequence, the famous 007 gun logo and the inscription ‘FROM RUSSIA WITH LOVE’.