The 16th of 25 1/2oz silver coins designed for fans of James Bond, this officially licensed product celebrates Licence To Kill, the 1989 action-adventure starring Timothy Dalton in his second and final appearance as 007.

In Licence To Kill, 007’s licence to kill is revoked as he seeks revenge for a grisly attack on CIA friend Felix Leiter and his wife. Bond exacts vengeance on the evil perpetrator, Franz Sanchez, a drug smuggler who exports cocaine dissolved in petrol from his hideaway laboratory in Central America. 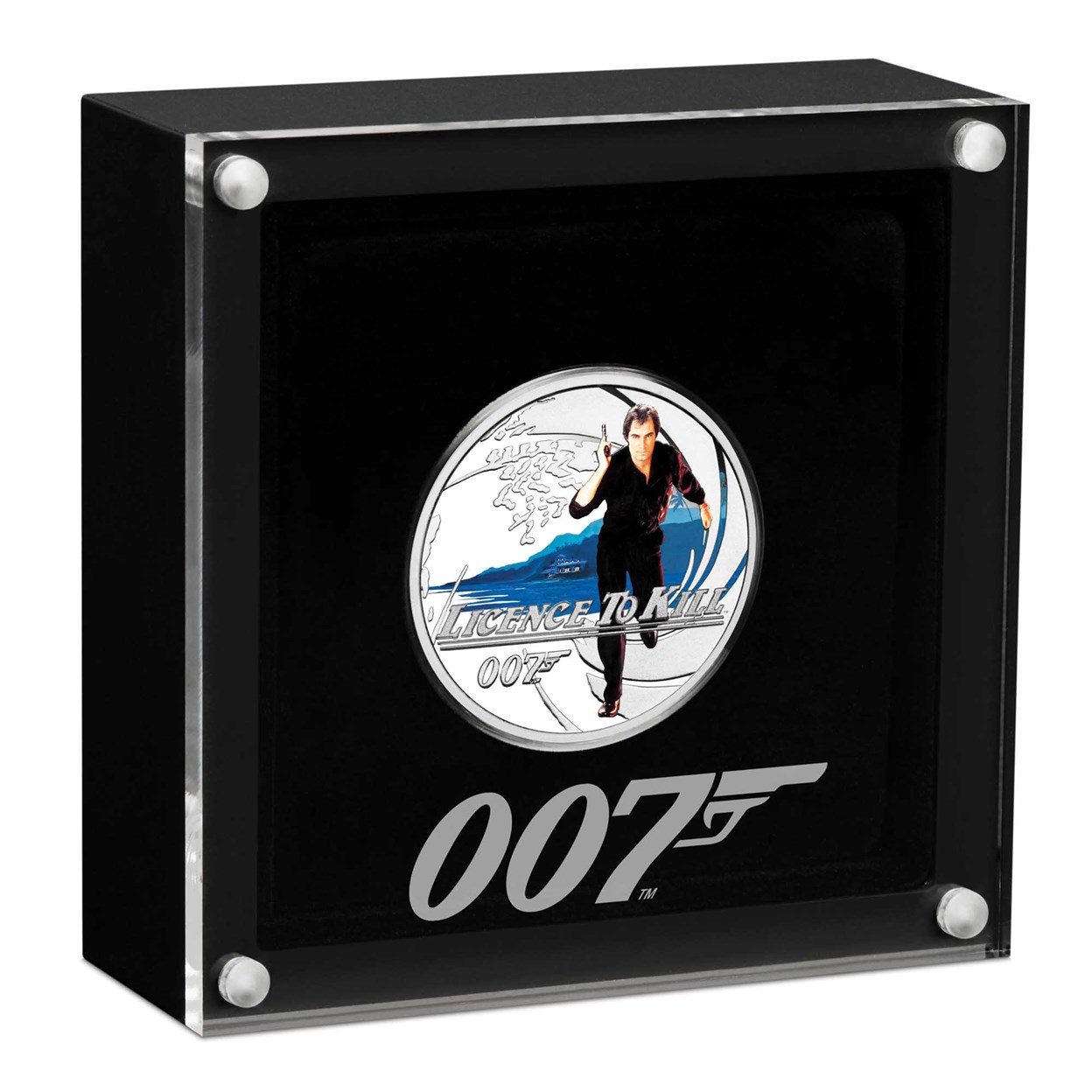 Based on an official movie poster, the coin depicts coloured images of James Bond and Sanchez’s luxury coastal home. Included on the reverse are the iconic gun barrel graphic from the franchise’s signature opening sequence, the famous 007 gun logo and the inscription ‘LICENCE TO KILL’.