This official silver tribute to the ‘Duke’ is a superb piece of memorabilia for any John Wayne collector.

Please note that there is a delay on the production of this product. Any order containing this product will be dispatched after the 24 January.

Nicknamed ‘the Duke’, John Wayne was a staple of the Western film genre and starred in, directed and produced more than 170 movies in a career spanning 50 years. Four decades after his death, he remains one of the most beloved actors of all time and an American symbol of patriotism and courage.

The coin depicts a coloured image of John Wayne mounted on a horse wearing his trademark cowboy hat and bandana. The imagery overlays a representation of saguaros, tree-like cactus plants most notably found in Arizona, California, and Mexico. As well as the official John Wayne logo and The Perth Mint’s ‘P’ mintmark, the reverse includes the inscription ‘TOMORROW HOPES WE HAVE LEARNED SOMETHING FROM YESTERDAY’ based on a quote. 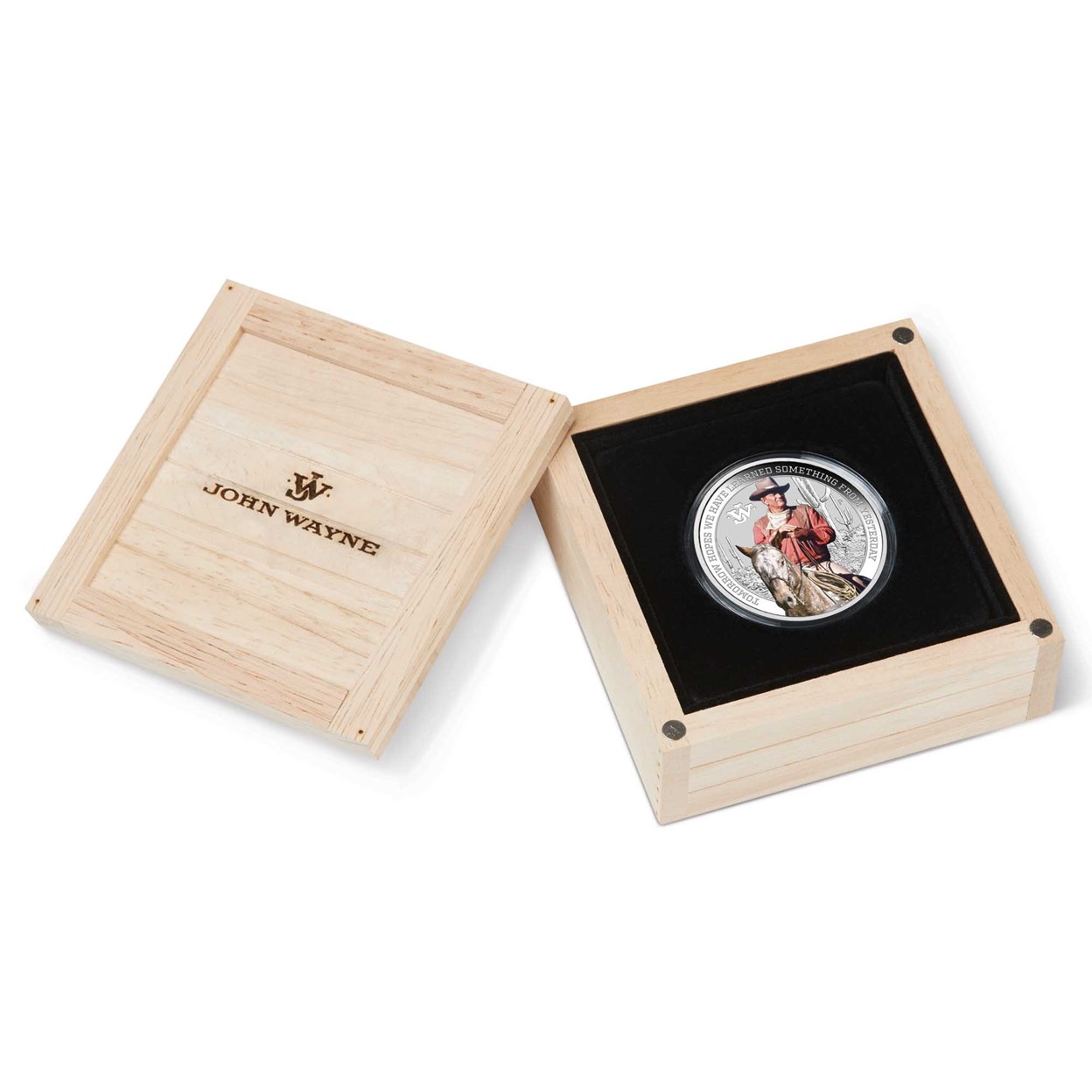 Accompanied by a numbered certificate of authenticity, the coin is presented in a special John Wayne branded case and themed shipper.