This coin is struck in a unique shape to replicate a detailed portrayal of Mosasaurus, an immense seagoing lizard – and not an actual dinosaur – she uses her fearsome array of teeth to catch fish, birds and other marine reptiles. The Mosasaurus is one of the main characters from the new Jurassic World films. 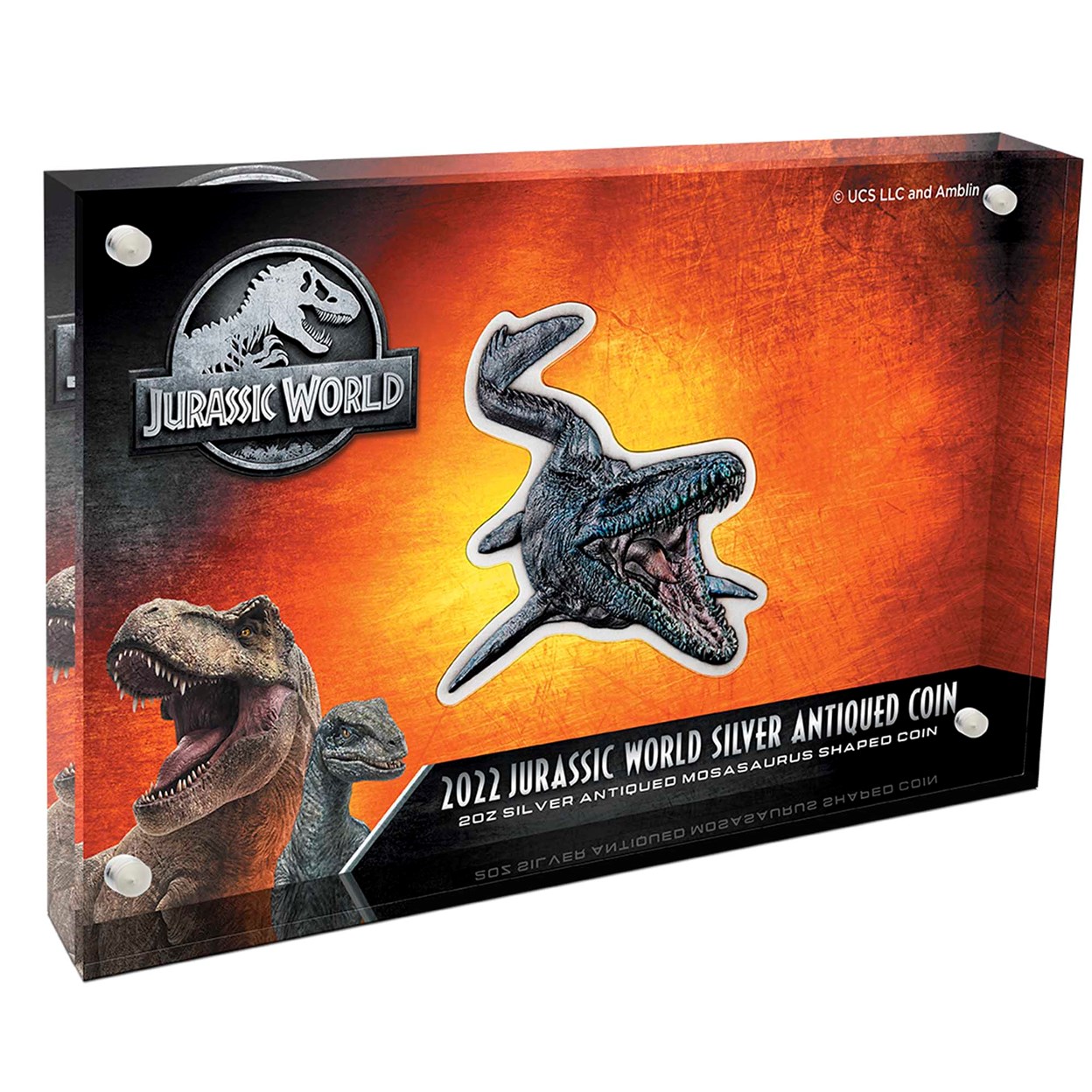 The coin’s surface has been ‘antiqued’ by hand to give it a unique finish. As a result of this treatment, the appearance of each coin may vary.