This coin is struck in a unique shape to replicate a detailed portrayal of Blue the Velociraptor, a dinosaur featured in the Jurassic World films, named for the iridescent blue stripe running down her body.

The coins surface has been ‘antiqued’ by hand to give it a unique finish. As a result of this treatment, the appearance of each coin may vary. 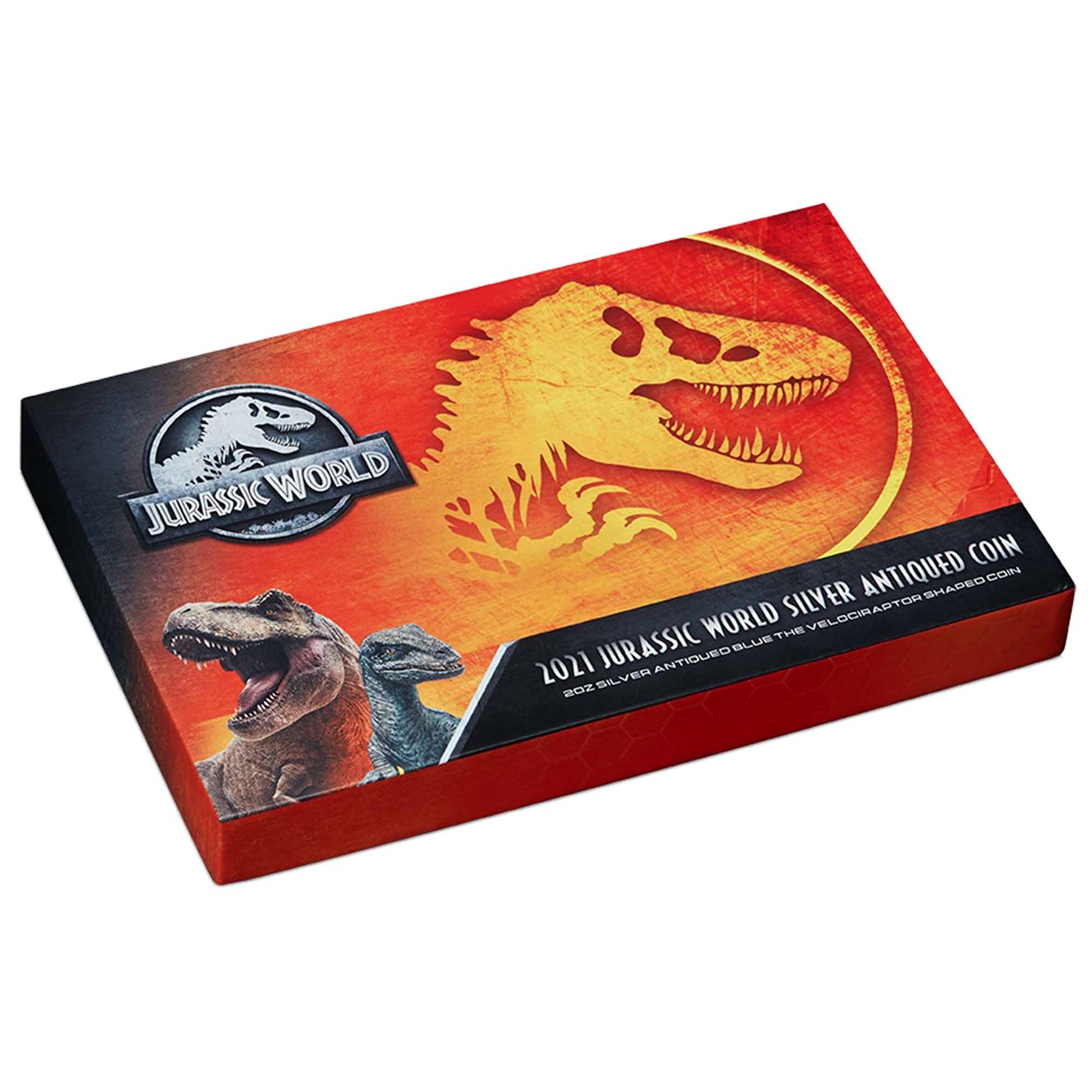