Mickey Mouse is one of the most recognisable Disney characters to date, making his debut in Steamboat Willie which aired in 1928. Mickey is most known for his resilience in overcoming larger-than-life adversity through his can-do spirit and quick wit and is depicted as a loveable and optimistic character.

Mickey is easily identified by his round ears, red shorts, white gloves, and yellow shoes and can often be heard exclaiming "Gee" and "that's swell".

This shaped coin depicts a smiling Mickey Mouse in a casual stance, hands thrust inside his glossy, bright red shorts. 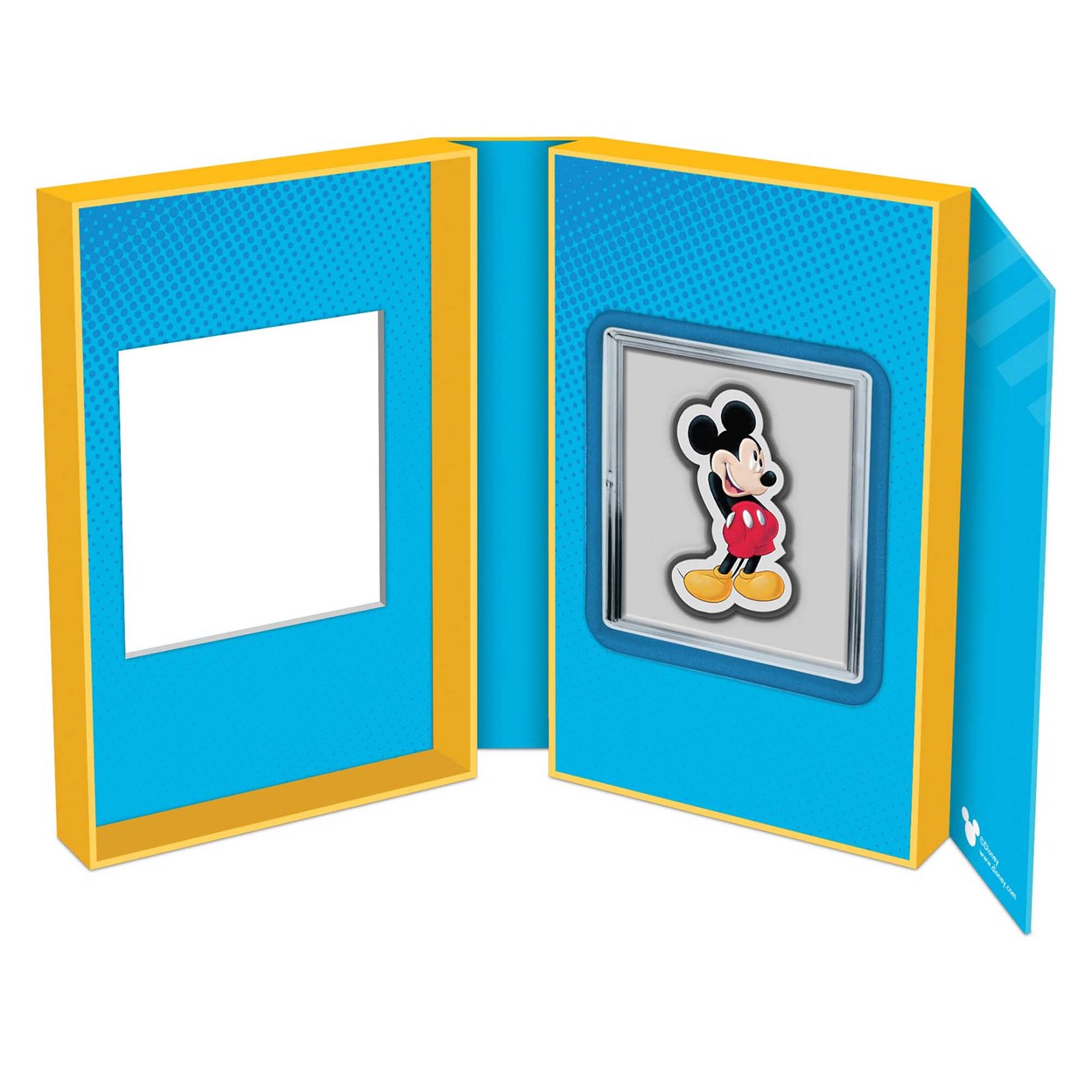 The coin is protected by a custom-made coin case and eye-catching Mickey and Friends themed packaging, complete with a window for easy display and a holographic sticker confirming the coin’s unique number in the mintage.