Anyone fascinated by astronomy would be over the moon to receive this amazing 5oz silver coin celebrating the planets of the Solar System.

Nine planets under the Sun

The nine planets of the Solar System comprise four rocky versions, including Earth, which lie closest to the Sun. Further away, gas and ice merged into four ‘gas giants’ – huge bodies composed primarily of hydrogen and helium. Even more distant, the Solar System’s only ‘dwarf’ planet, orbits the Sun at an average distance of 5.8 billion kilometres.

The coin features a stylised impression of the Solar System. Portrayed in colour, the nine planets are aligned clockwise from the smallest to the largest in size: Pluto, Mercury, Mars, Venus, Earth, Neptune, Uranus, Saturn, and Jupiter. Other coloured elements include a comet and a depiction of the Sun as it might be seen from the rocky terrain of an orbiting asteroid. Both the asteroid and cosmic clouds in the background are finished with an antiqued surface treatment. 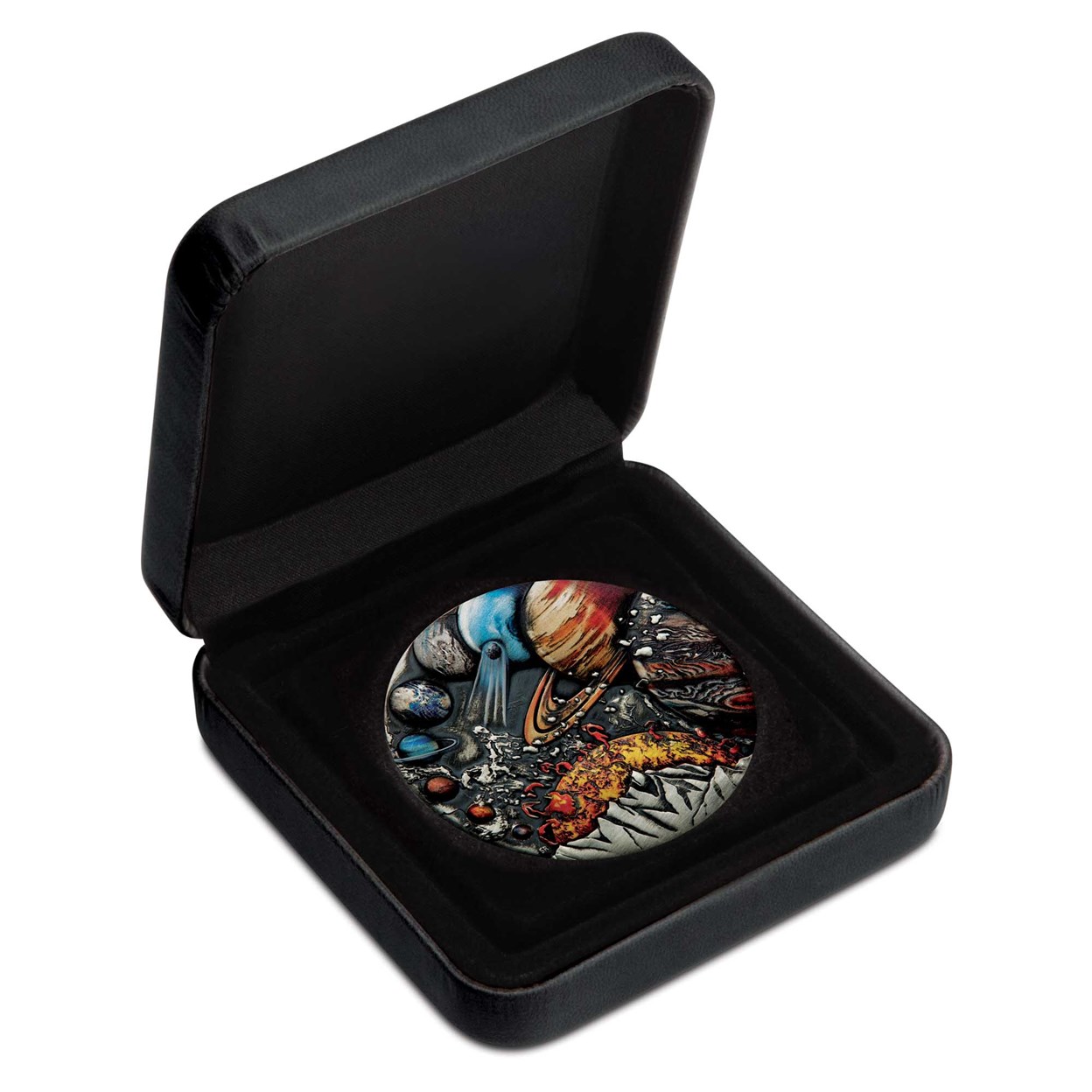 The coin is housed in a classic display case within an illustrated shipper and accompanied by a numbered certificate of authenticity.