In early 1952, Princess Elizabeth left England on an official tour of the Commonwealth. While in Kenya, she received a telegram with news of the King’s death and her accession to the throne. Crowned on 2 June 1953, the Queen’s reign has been nothing short of remarkable. Admired as a symbol of strength and stability and beloved by people around the globe, she is the first British monarch to celebrate 70 years on the throne.

Struck by The Perth Mint, the coin portrays the Shield of the Royal Coat of Arms and a figurative flower stem with stylised representations of an English rose, Irish shamrock, Scottish thistle, and Australian wattle. Included in the design is The Perth Mint’s ‘P’ mintmark 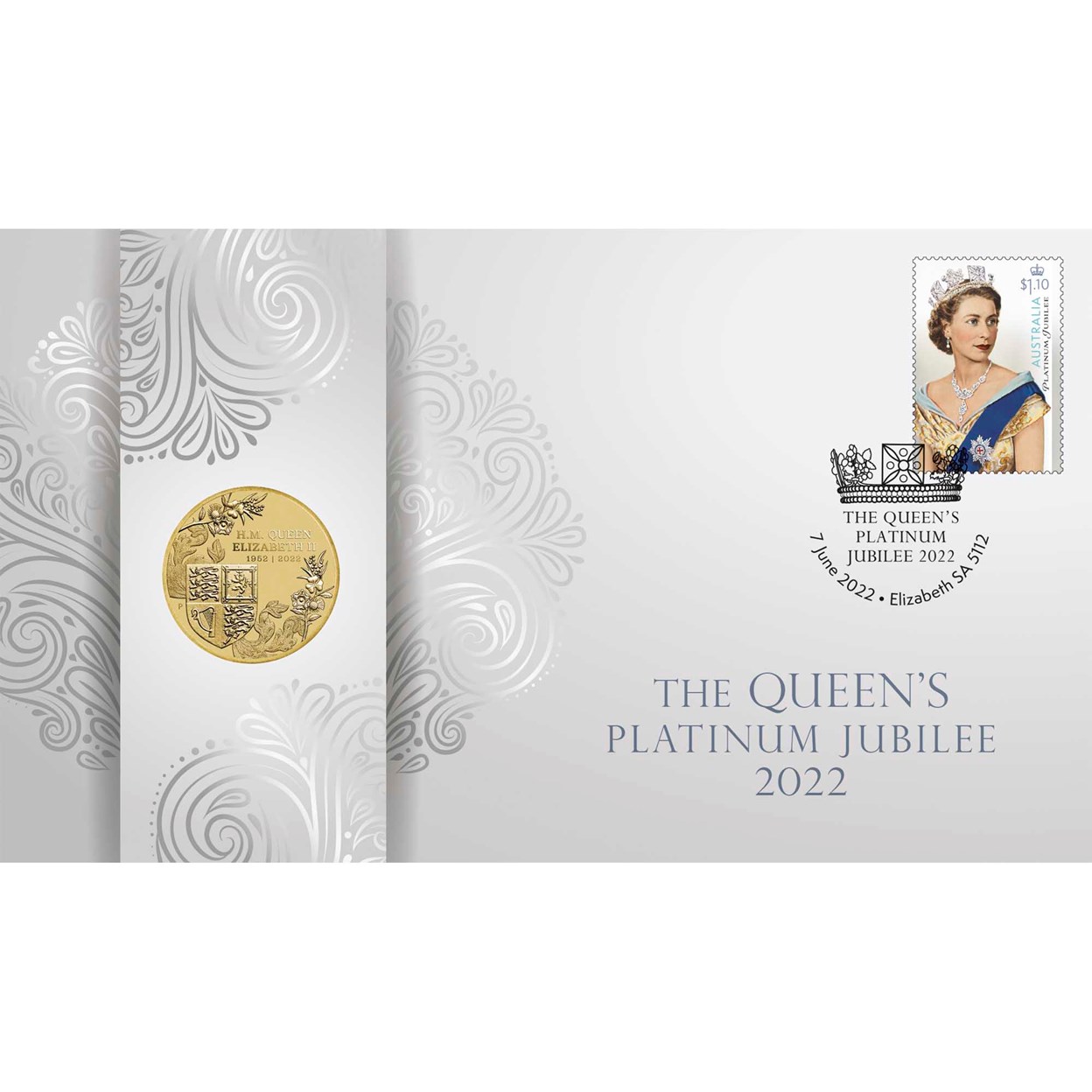 Affixed to the commemorative envelope featuring a floral pattern is an Australia Post $1.10 stamp depicting a coloured photographic portrait of the Queen in 1952, and a 7 June 2022-dated crown-shaped postmark from ‘ELIZABETH SA 5112’.