Uniting the Perth Mint’s 1929 Western Australia Centenary Medal with a 1929P Gold Sovereign set, this prestigious pair forms a unique remembrance of the celebrations for the 100th anniversary of Western Australia in 1929, perfect for the avid collector.

Although Europeans had contact with the west coast of the ‘Great Southern Land’ from the 17th century, European settlement did not take place until the 19th century. Indeed, it was not until May of 1829 that Britain’s Swan River Colony – renamed Western Australia in 1832 – was formally established. Celebrations were held for the centenary of Western Australia in  1929, and included the issue of the 1929 Western Australia Centenary Medal. 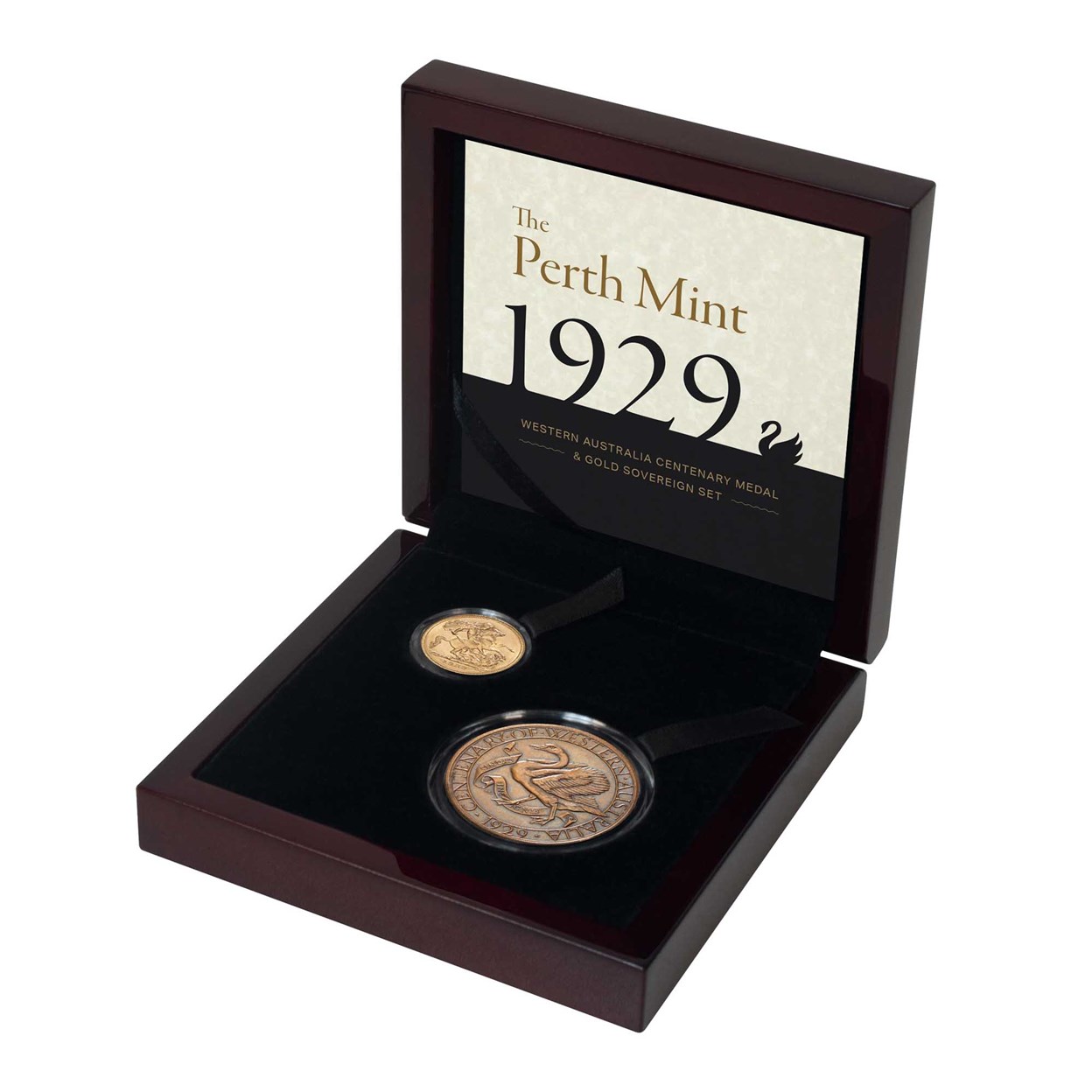 The perfect partner for the Perth Mint’s 1929 WA Centenary Medal, this impressive set also comprises the Mint’s 1929P Sovereign – struck in the centenary year of Western Australia! The first of a 3-year-only type, the 1929P was the first to carry the Modified Portrait of George V and revised St George & the Dragon motif. Scarce in better grade, with so many coins lost or melted for the gold, this is your chance to secure the 1929P Gold Sovereign in Extremely Fine to about Uncirculated condition.