Stamp and coin cover light up a landmark

The Macquarie Lighthouse is a remarkable Sydney landmark and one of Australia’s most significant early structures. Designed by convict architect Francis Greenway, the nation's first lighthouse was regarded by Governor Lachlan Macquarie as a ‘noble, magnificent edifice’. Reconstructed 60 years later, it has now been helping ships navigate their way safely into Sydney Harbour for 200 years.

Incorporating the number 200, the coin's reverse pictures Greenway's original design with a symbolic beam of light emerging from the Fresnel lens-like glow at the top of the tower. The coin represents an opportunity to honour the important role of the Macquarie Lighthouse and all those who have contributed to its construction, maintenance and continuous operation since 1818. 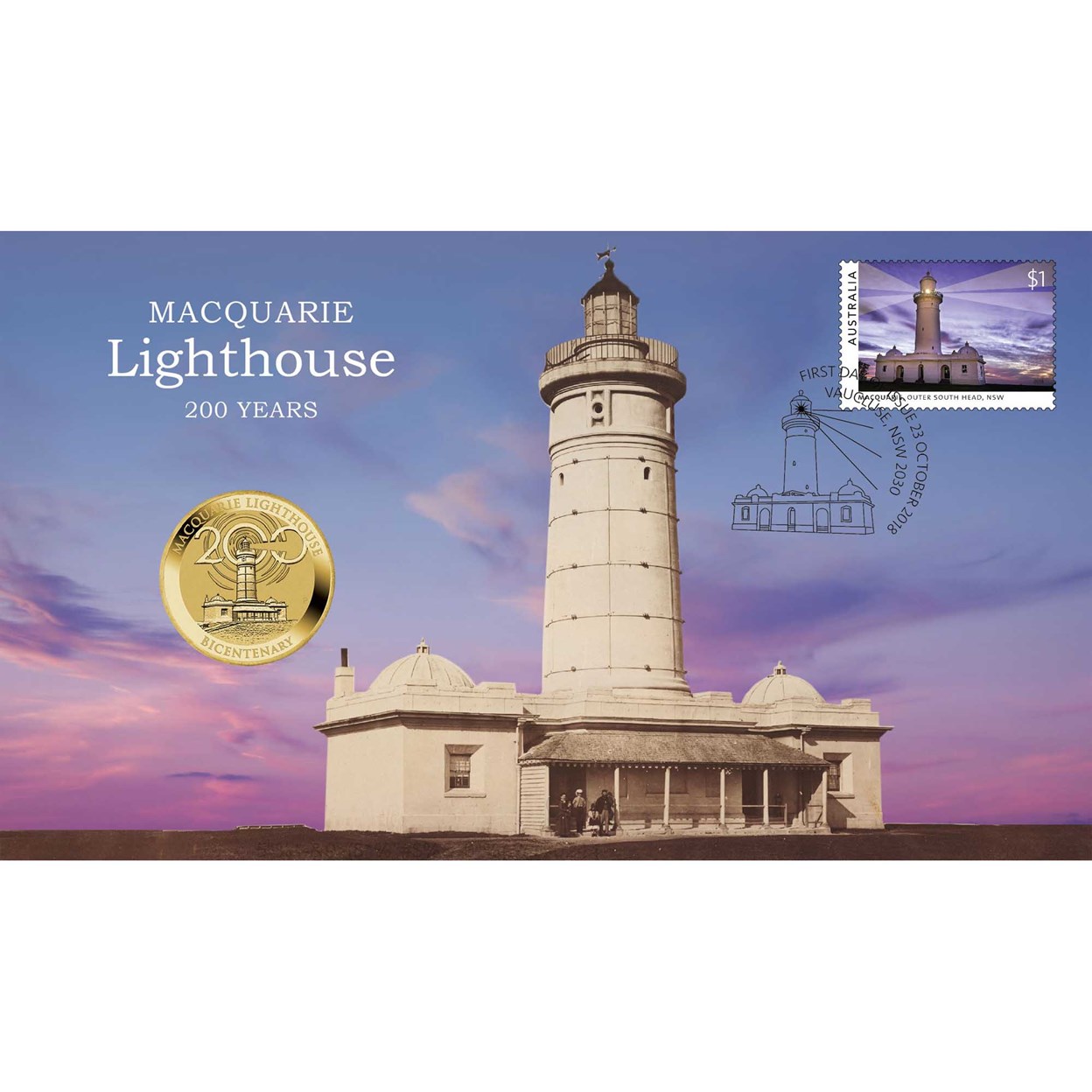 This stunning first day cover and the official Australia Post $1 Stamp depicts the Macquarie Lighthouse as it stood in the 1870's and as it stands today.