A quokka is a small type of wallaby found mainly in the south west region of Western Australia, particularly Rottnest Island, an idyllic location 18 kilometres off the Perth coast.

Thanks to its cute, smiley appearance, the quokka is known as the ‘world’s happiest animal’. Willing to interact with human beings, it has become a hugely popular subject for ‘selfies’ among thousands of annual visitors to the island.

Commemorative Stamp and Coin Covers (sometimes referred to as Postal Numismatic Covers) were inspired by the concept of the ‘first day cover’ – a postage stamp on a cover (envelope, postcard or package) franked on the first day of issue. Comprising a themed envelope featuring one or more Australia Post stamps and a specially designed coin, Stamp and Coin Covers have become extremely popular among collectors and gift buyers.

The Australian legal tender coin captures a charming representation of a quokka on a beach with a lighthouse in the background. Standing on its hind legs, the herbivorous marsupial is eating its preferred diet of leaves. 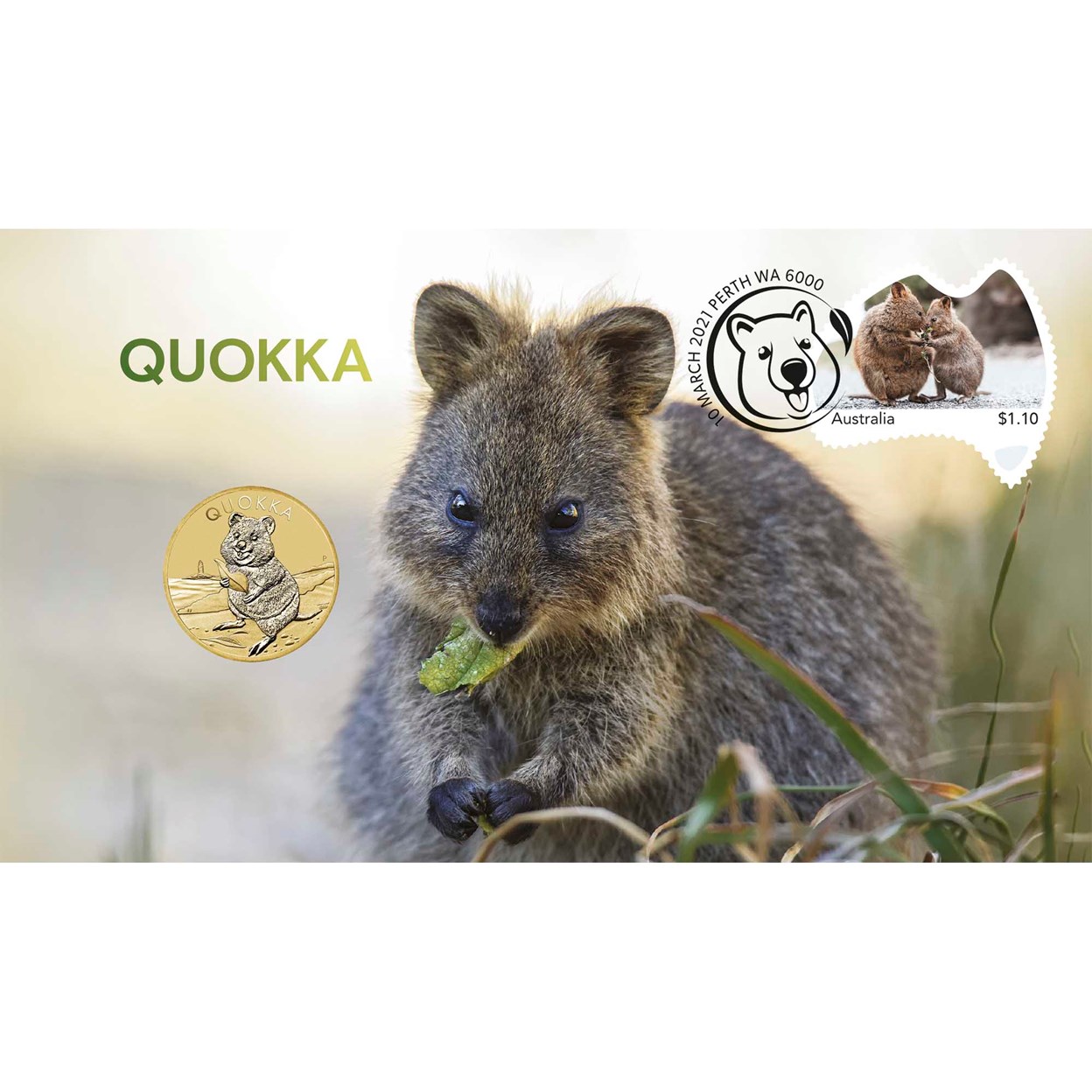 The coin comes on an illustrated envelope portraying a stunning close-up photograph of a quokka. The envelope also features an Australia-shaped AUD 1.10 stamp depicting two quokkas and a themed postmark incorporating the words 10 MARCH 2021 PERTH WA 6000.