An amazing opportunity for fans of The Phantom to demonstrate solidarity with their comic book hero, this extremely limited officially licensed collectable incorporates a superbly crafted 1oz silver tribute coin.

The Phantom, sworn to the destruction of piracy, greed, cruelty and injustice, was created by Lee Falk in 1936. Seemingly immortal, having been around since 1536, he is in fact the 21st member of a crime-fighting dynasty who all adopt the same costumed-persona. Like his predecessors, The Phantom relies on his strength, intellect, and legendary immortality to overcome evil.

The coin portrays an image of The Phantom in his trademark bodysuit and mask, on a background featuring motifs from his Skull Ring and Good Mark Ring. 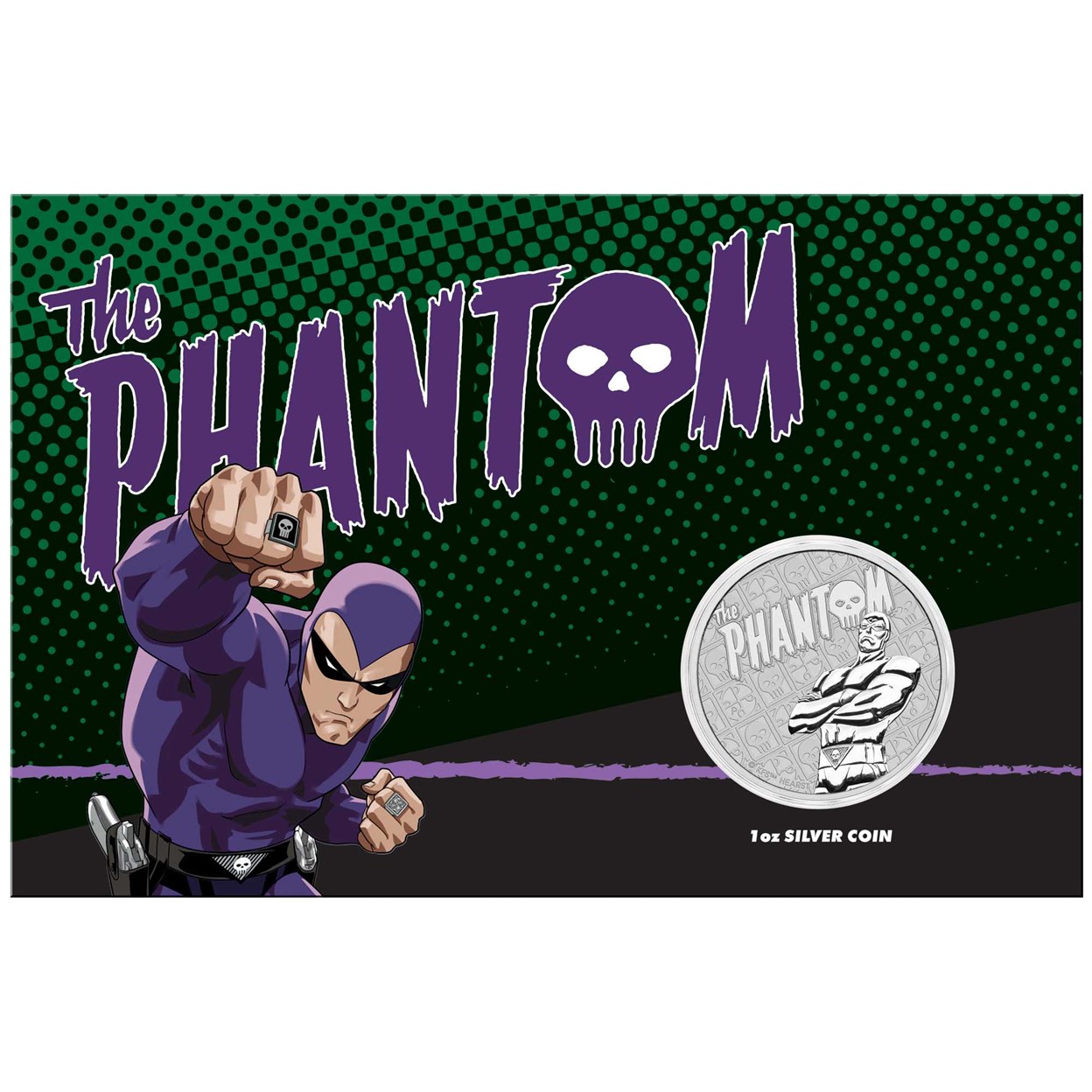 The coin is housed in a specialty designed card which features a fold-out stand for upright display.