The eighth of 25 1/2oz silver coins designed for fans of James Bond, this officially licensed product celebrates Live And Let Die, the 1973 blockbuster based on the novels of Ian Fleming.

In Live And Let Die, released in 1973, Bond investigates Dr. Kananga, a Caribbean Prime Minister intent on dominating the heroin trade. Played by Roger Moore, 007 pursues Mr. Big, the corrupt official’s alter ego, exposing himself to vicious assassins and voodoo magic. But the agent’s persistence pays off when Kananga’s inﬂated ambitions are dramatically blown to pieces. 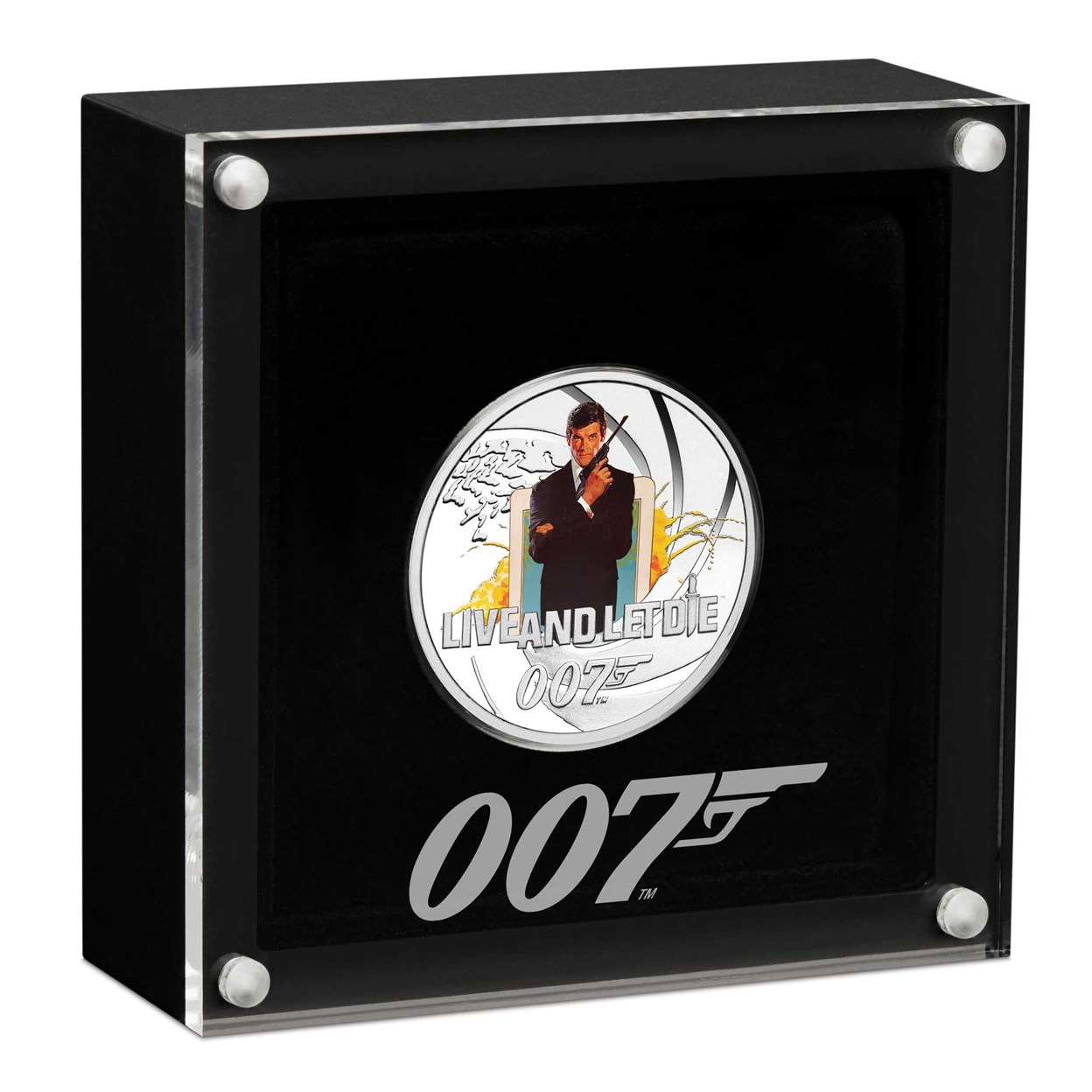 The coin’s reverse depicts James Bond, the charismatic Secret Service agent. Based on an official movie poster, the design also represents a tarot card and a ﬁery explosion. Included on the reverse are the iconic gun barrel graphic from the franchise’s signature opening sequence, the famous 007 gun logo and the inscription ‘LIVE AND LET DIE’ featuring a knife symbol.