Struck from 1oz of 99.99% pure silver in proof quality, this rectangular-shaped coin celebrates 60 Years of Bond, the legendary British spy featured in 25 blockbuster movies released by EON Productions since 1962.

is a trademark  of  Danjaq, LLC. All Rights Reserved.

Also known as 007, James Bond is an elite MI6 agent with a ‘licence to kill’. In a succession of dangerous missions, the daring spy employs extraordinary cunning, courage and survival instincts to hunt down and confront some of the big screen’s most notorious villains. Marking Bond’s sixth decade as a cinematic hero, this officially licensed product provides collectors with an anniversary keepsake as enduring as the remarkable agent himself. 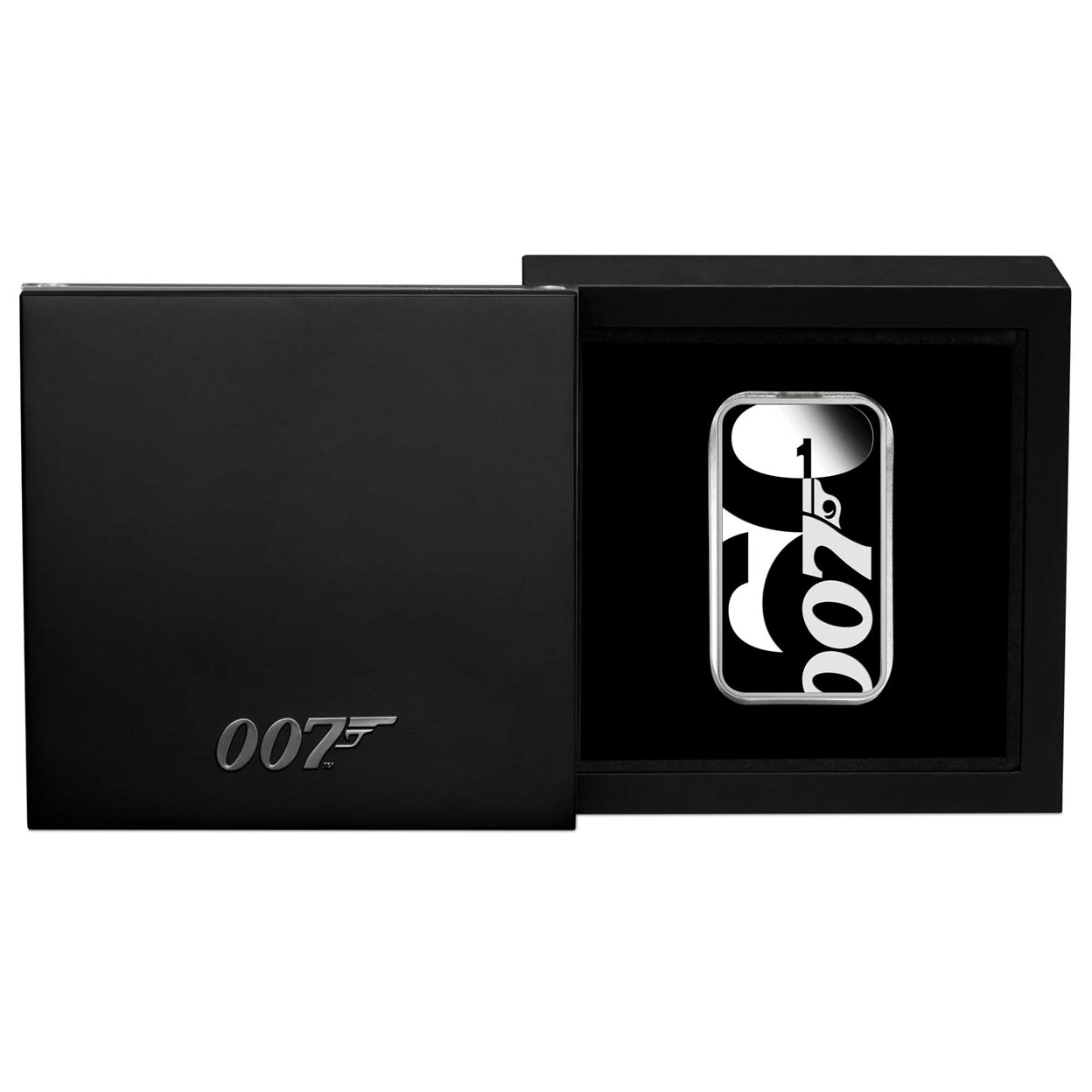 Accompanied by a numbered certificate of authenticity, the coin is presented in a 007 branded case and themed shipper.