This unique 2oz antiqued silver piece pays tribute to games embedded in human culture for hundreds, if not thousands of years, and their on-going relevance as a source of family fun.

Always game for a game

Games were played by ancient civilisations as competitive recreation and represent one of humanity’s oldest forms of social interaction. Despite modern electronic alternatives, many continue to provide entertaining group activities strongly associated with joyous times, including Christmas and summer vacations.

The coin portrays game-related motifs within a ring of circles. Clockwise from the top, they symbolise playing cards, dominoes, a spinning dice, chess, snakes and ladders, terni lapilli, mahjong, draughts (or checkers), knucklebones, backgammon, and dice. Also included on the reverse is a background pattern and The Perth Mint’s ‘P’ mintmark. 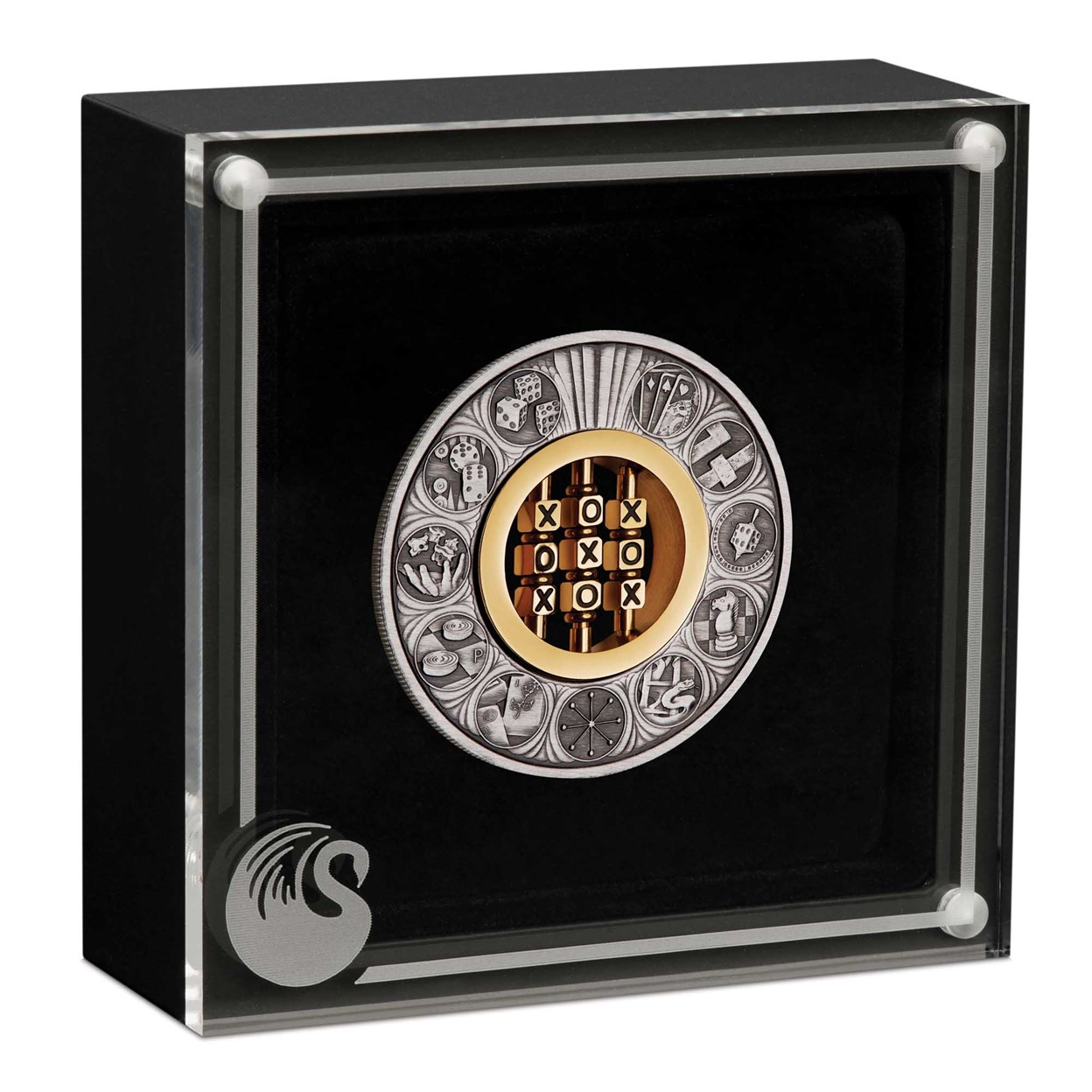 Accompanied by a numbered certificate of authenticity, the coin is housed in a latex display case which comes in a stylised shipper.