The fourteenth of 25 1/2oz silver coins designed for fans of James Bond, this officially licensed product celebrates A View To A Kill, the 1985 action-adventure starring Roger Moore in his final appearance as 007.

In A View To A Kill, Bond takes on Max Zorin, a rogue industrialist seeking domination of world microchip manufacture. Played by Roger Moore, 007 succeeds in convincing Zorin's bodyguard, May Day, to help him foil a plot to flood Silicon Valley by detonating bombs beneath the lakes along California’s fault lines. 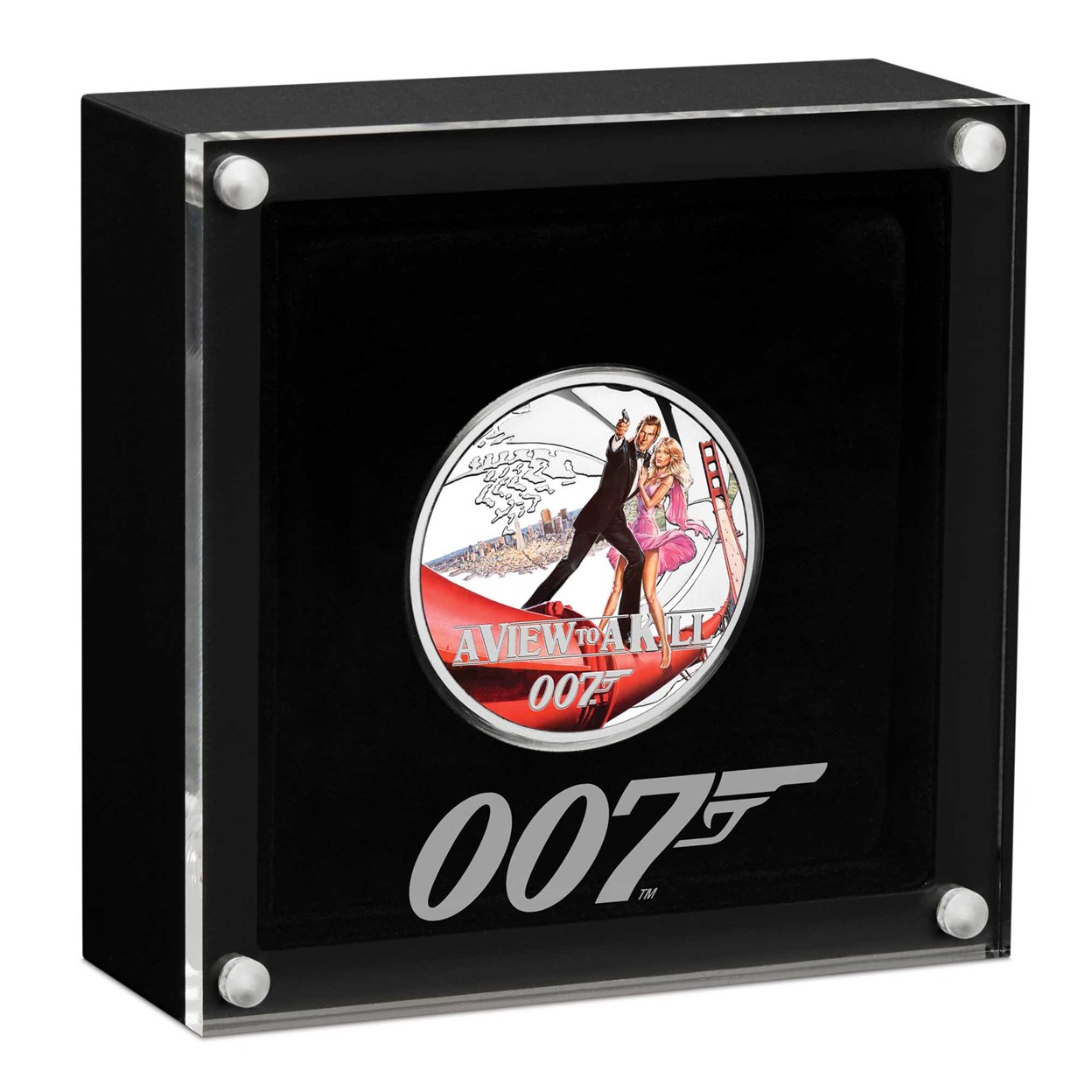 A View To Kill design

Based on an official movie poster, the coin depicts a coloured image of James Bond perched high on the Golden Gate Bridge with Stacey Sutton, a victim of Zorin’s evil conspiracy. Included on the reverse are the iconic gun barrel graphic from the franchise’s signature opening sequence, the famous 007 gun logo and the inscription ‘A VIEW TO A KILL’.