The 20th of 25 1/2oz silver coins designed for fans of James Bond, this officially licensed product celebrates Die Another Day, the 2002 action-adventure starring Pierce Brosnan in his final appearance as 007.

The coin depicts a coloured image of James Bond, the charismatic Secret Service agent. Based on an official movie poster, the design includes ‘Jinx’ Johnson, an American ally who aids 007’s mission. Included in the design are the iconic gun barrel graphic from the franchise’s signature opening sequence, the famous 007 gun logo and the inscription ‘DIE ANOTHER DAY’. 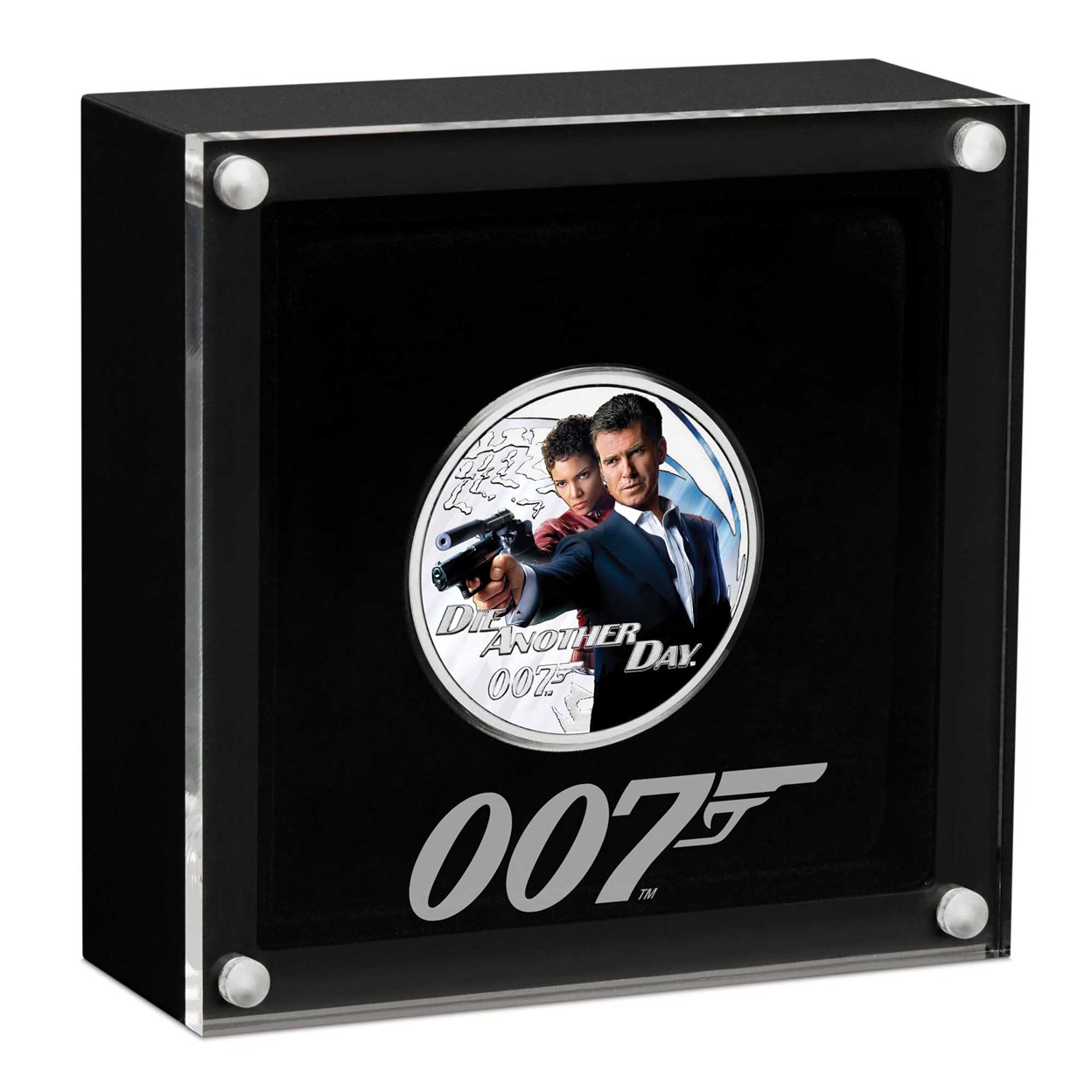