The first of 25 1/2oz silver coins designed for fans of James Bond, this officially licensed product celebrates Dr. No, the 1962 blockbuster that established one of the most successful film franchises of all time.

In Dr. No, Bond is sent to the Caribbean where he encounters the mysterious scientist Dr Julius No, a member of the global terrorist organisation known as SPECTRE. Played by Sean Connery, 007 must thwart Dr. No’s evil plan to destroy the US space program with a nuclear-powered radio beam before it sparks international conflict. 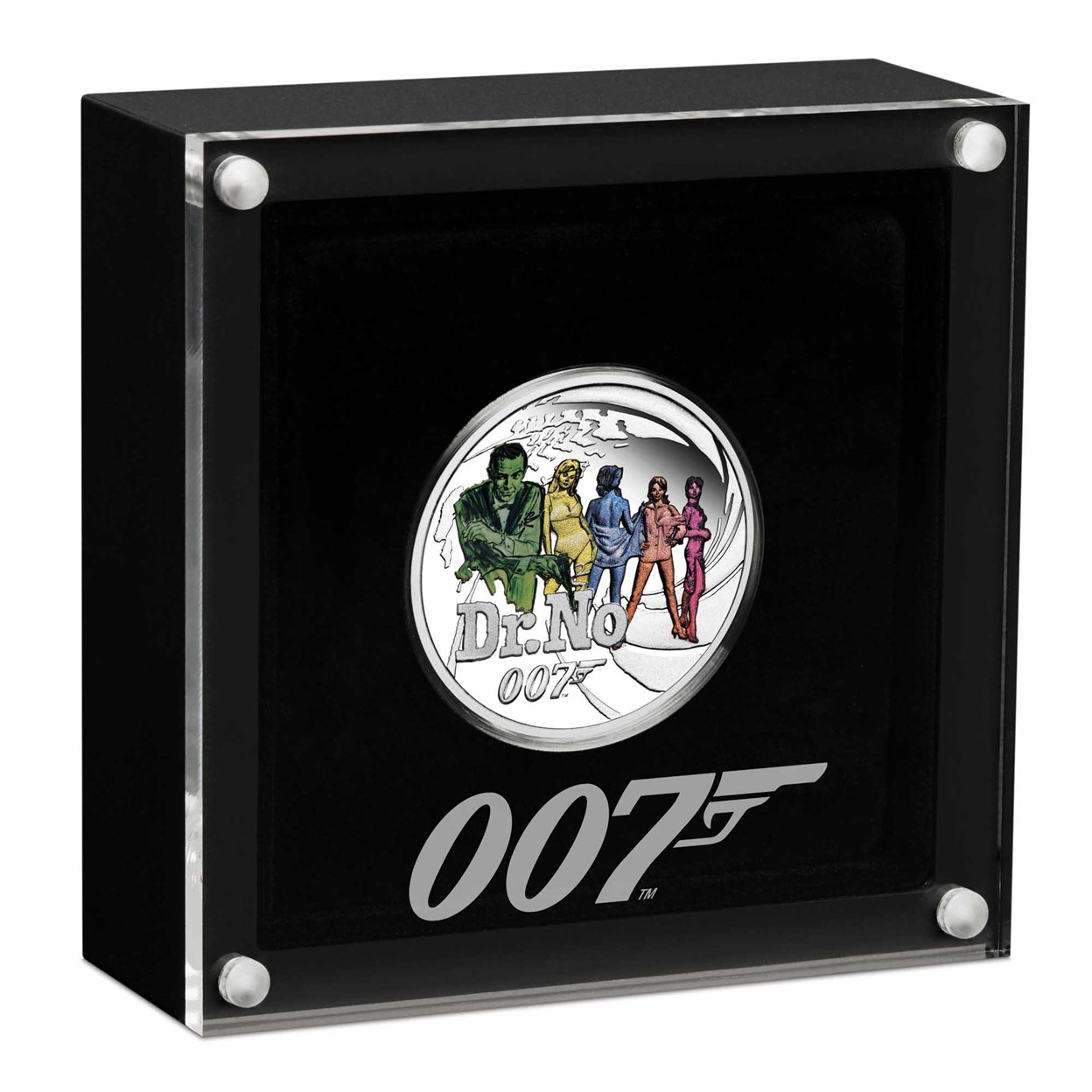 Individual releases from the James Bond Official 25-Coin Collection are each housed in an 007 branded case with a transparent acrylic top and a movie themed shipper. Each coin is accompanied by a certificate of authenticity featuring poster artwork.