The twelfth of 25 1/2oz silver coins designed for fans of James Bond, this officially licensed product celebrates For Your Eyes Only, the 1981 blockbuster based on two short stories written by Ian Fleming.

In For Your Eyes Only, Bond is assigned to retrieve the Royal Navy’s lost ATAC, an encrypted communications device that sinks to the bottom of the Mediterranean on a stricken spy ship. Played by Roger Moore, 007 is plunged into a world of deadly subterfuge as the Soviets join the race to recover the device that controls Britain’s Polaris submarine fleet. 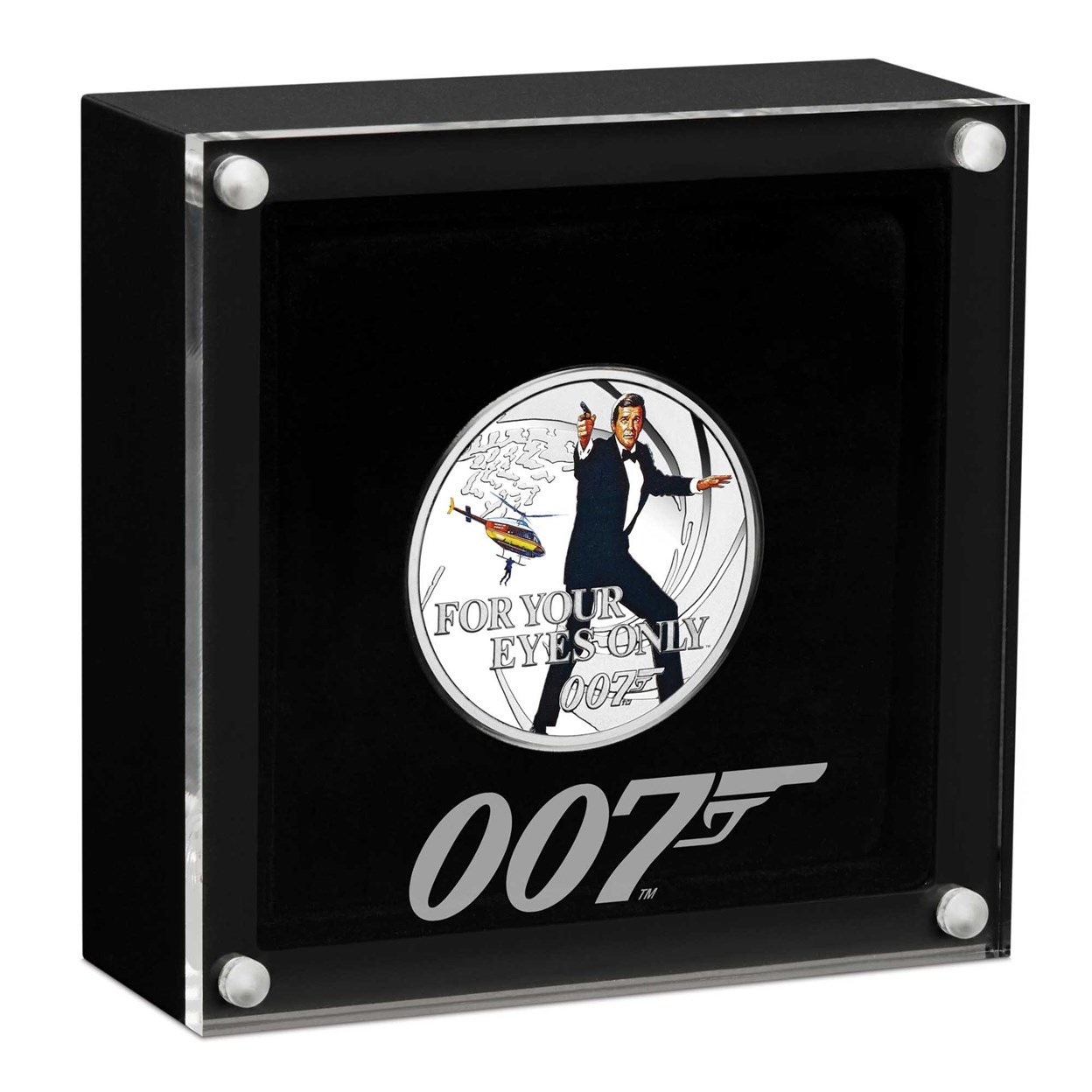 For Your Eyes Only design

The coin’s reverse depicts a coloured image of James Bond, the charismatic Secret Service agent. Based on an official movie poster, the design includes a helicopter flown by Bond in a miraculous escape. Included on the reverse are the iconic gun barrel graphic from the franchise’s signature opening sequence, the famous 007 gun logo and the inscription ‘FOR YOUR EYES ONLY’.