Roger Moore was the third actor to play fictional British Secret Service agent James Bond on the big screen. Chosen by producers Cubby Broccoli and Harry Saltzman to debut as 007 in 1973’s Live And Let Die, his portrayal was as debonair as it was dangerous, often with a deadly sense of humour. Moore triumphed in six further releases: The Man With The Golden Gun, The Spy Who Loved Me, Moonraker, For Your Eyes Only, Octopussy, and A View To A Kill. Knighted for his services to charity in 2003, he still holds the record for most appearances as Bond in EON Productions’ series of 25 movies to date.

The coin portrays a black and white image of the much-loved actor in a classic Bond pose. The design includes the franchise’s iconic 007 gun barrel logo with inscriptions of Roger Moore’s seven film titles. 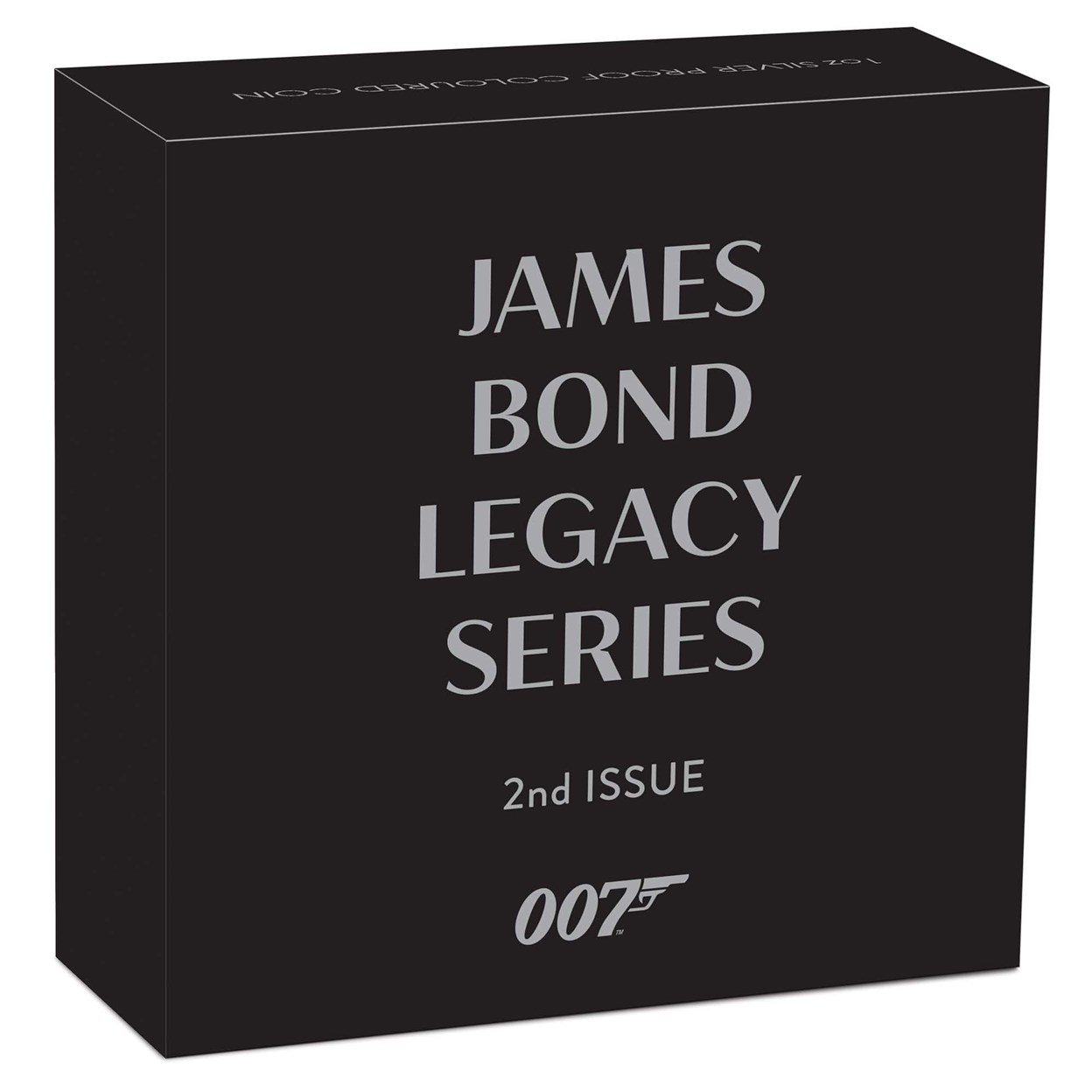 Accompanied by a numbered certificate of authenticity, the coin is presented in a 007 branded case within a themed shipper.