The 19th of 25 1/2oz silver coins designed for fans of James Bond, this officially licensed product celebrates The World Is Not Enough, the 1999 action-adventure starring Pierce Brosnan in his third appearance as the 007.

This product is currently available online only.

In The World Is Not Enough, Bond is assigned to protect Elektra King, the duplicitous daughter of a murdered oil tycoon and MI6 confidante. The assignment sees 007 confront Renard, a villain with a bullet lodged in his brain, whose mad scheme involves revenge for his injury and a nuclear showdown aimed at monopolising oil supplies. 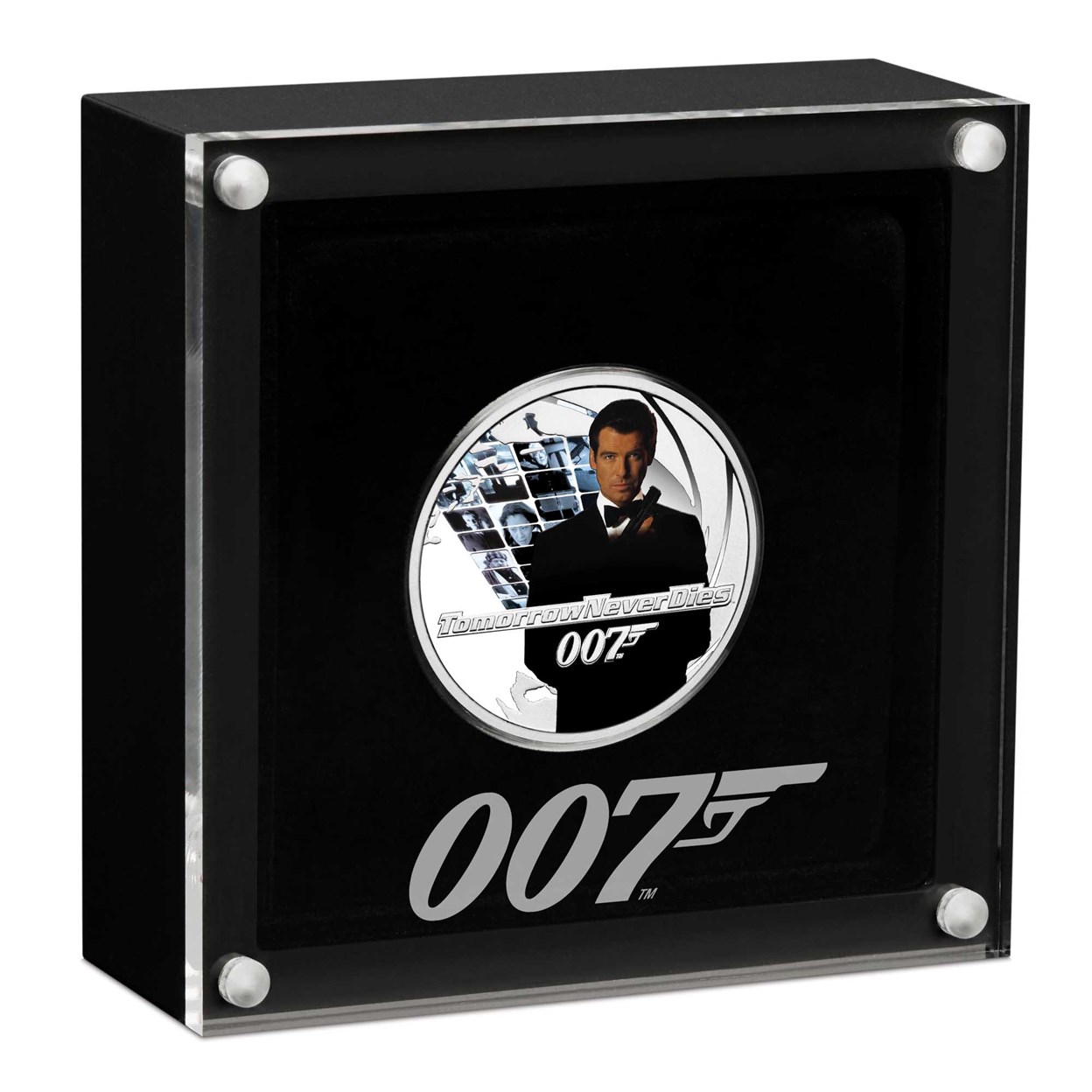 The World Is Not Enough design

The coin’s reverse depicts a coloured image of James Bond, the charismatic Secret Service agent. Based on an official movie poster, the design includes a representation of the Big Ben clock tower in London. Also included on the reverse are the iconic gun barrel graphic from the franchise’s signature opening sequence, the famous 007 gun logo and the inscription ‘The World Is Not Enough’.