The fourth of 25 1/2oz silver coins designed for fans of James Bond, this officially licensed product celebrates Thunderball, the 1965 blockbuster based on the Ian Fleming novel of the same name.

In Thunderball, released in 1965, Bond takes on high-ranking SPECTRE operative Emilio Largo, who holds NATO to ransom by hijacking a Vulcan bomber carrying two nuclear weapons. Played by Sean Connery, 007 must find the bombs hidden underwater in the Bahamas before Largo succeeds in extorting £100 million or carries out his threat to unleash nuclear havoc. 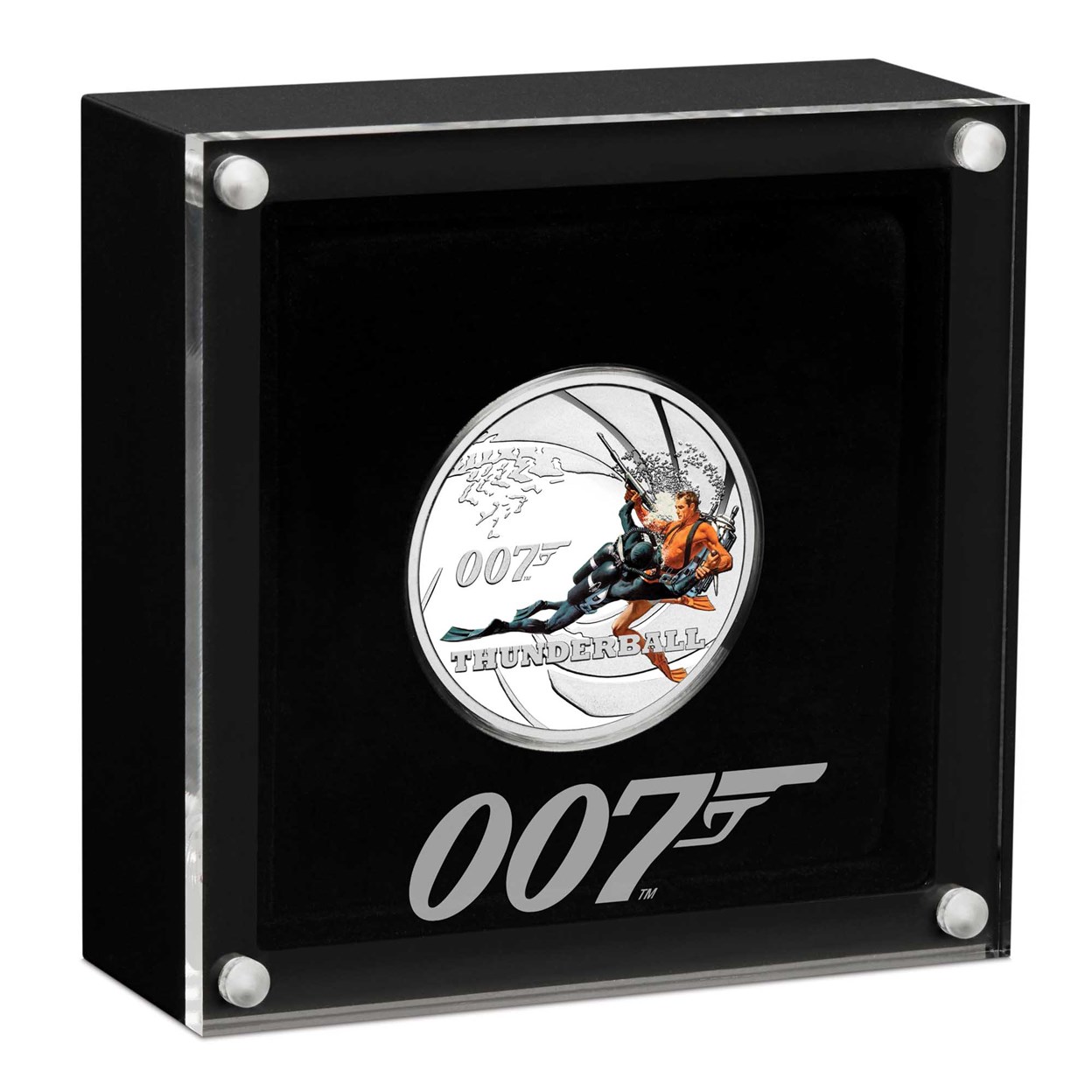 The coin’s reverse depicts a coloured portrayal of James Bond in a desperate underwater fight. Based on an official movie poster, he is locked in combat with a with a knife-wielding scuba diver. Included on the reverse are the iconic gun barrel graphic from the franchise’s signature opening sequence, the famous 007 gun logo and the inscription ‘THUNDERBALL’.