The fifth of 25 1/2oz silver coins designed for fans of James Bond, this officially licensed product celebrates You Only Live Twice, the 1967 blockbuster based on Ian Fleming’s spy novel of the same name.

In You Only Live Twice, Cold War tensions reach new heights when US and Soviet spacecraft are snatched from orbit by a mysterious ship. Played by Sean Connery, Bond travels to Japan to confront Ernst Stavro Blofeld, the head of SPECTRE, who is intent on causing a devastating confrontation between the two superpowers. 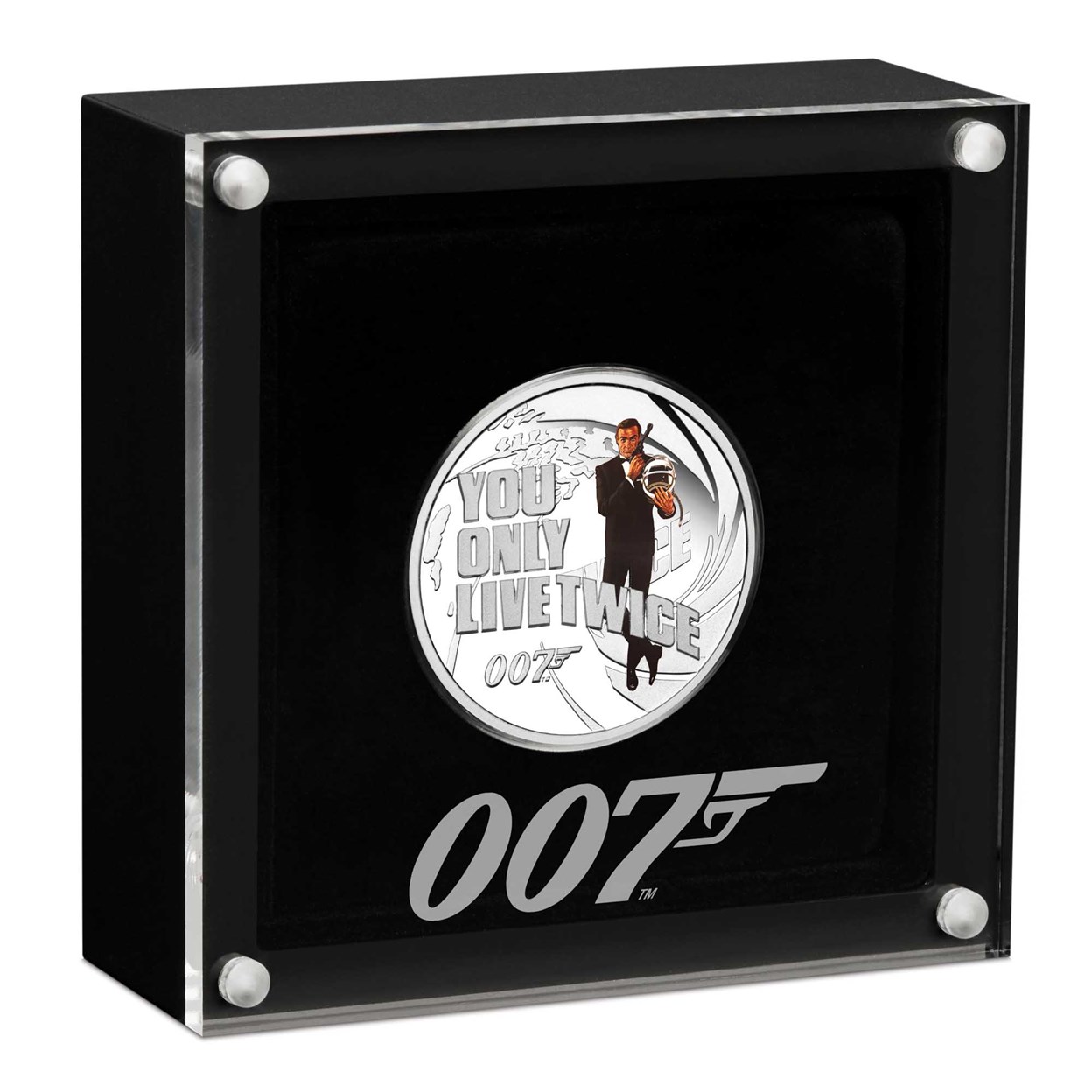 You Only Live Twice design

The coin’s reverse depicts a colour washed illustration of James Bond, the charismatic Secret Service agent, holding an astronaut’s helmet. Based on an official movie poster, the design includes the iconic gun barrel graphic from the franchise’s signature opening sequence, the famous 007 gun logo and the inscription ‘YOU ONLY LIVE TWICE’ featuring a diverging shadow behind the word ‘twice’.