With richly symbolic artistry displayed in vivid colour, this 1oz silver coin will have special meaning to all those captivated by the legendary Chinese phoenix.

The coin’s vivid coloured artistry portrays a phoenix in customary fashion with features from a range of different birds. In its beak is the flower of a paulownia tree, said to be the only species on which the phoenix will perch. Also included in the design are stylised representations of clouds, symbols of abundance and good fortune, and The Perth Mint’s ‘P’ mintmark. 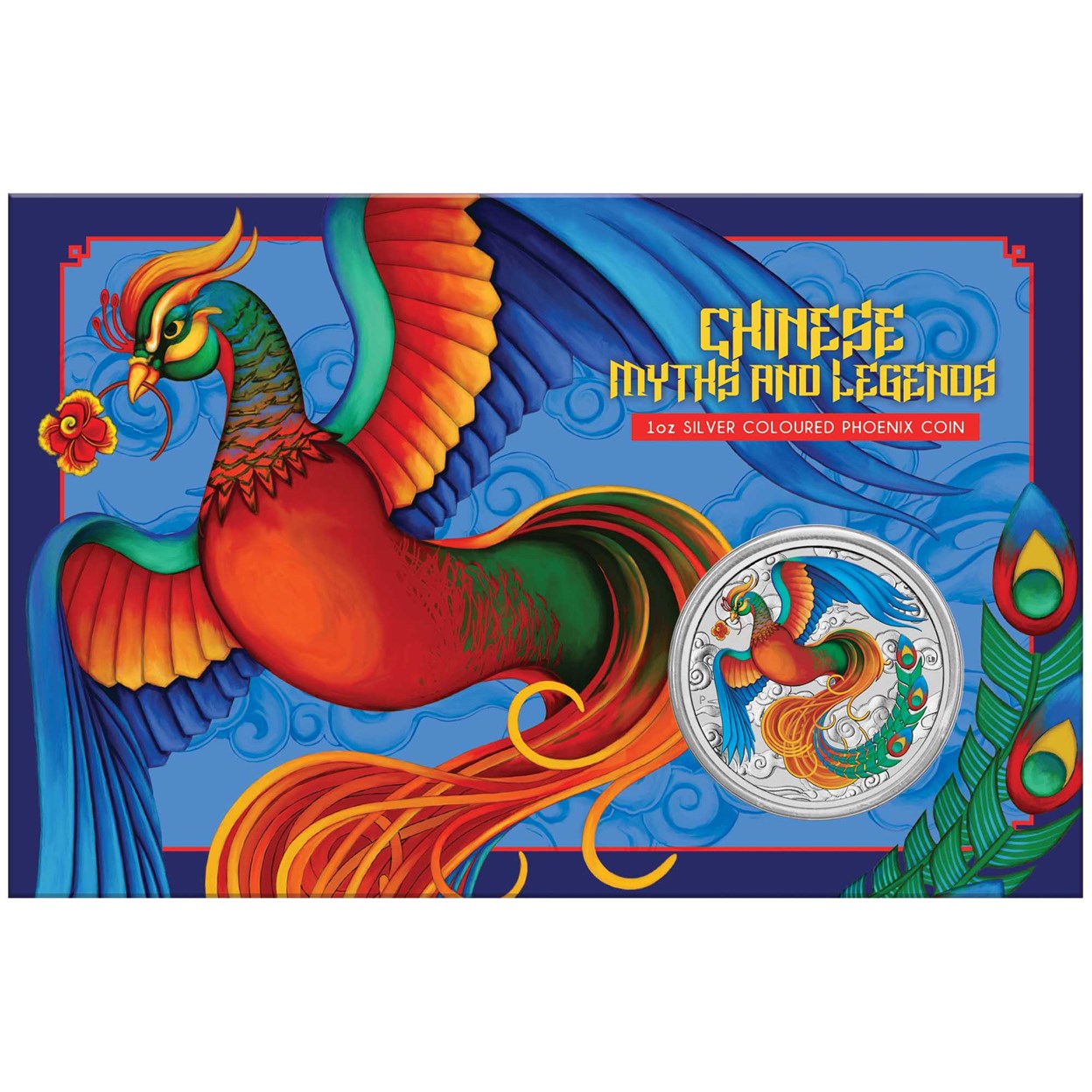 The coin is housed on a gloriously illustrated card featuring a fold-out stand for upright display.