Available for purchase via our online orders and customer care team.

Due to the natural colour variation of pink diamonds, images may not be exact representations of the products.

Struck from November 1852 until February 1853, the Adelaide Pound was conceived and created as 'emergency currency' as a direct result of the gold rush.

After the discovery of gold in Victoria in 1851, thousands of South Australians flocked to the eastern goldfields, taking huge amounts of cash with them. Faced with the prospect of financial ruin, the South Australian authorities established the Adelaide Assay Office to convert gold nuggets brought back from Victoria into a form of coinage.

Production of the Type I was curtailed after just 50 had been struck as a result of a crack in the die. A backup was introduced, resulting in the successful production of around 25,000 Type II coins.

The reverse of the 1852 Adelaide Pound Type II portrays a representation of the St Edward's Crown and the inscription '1852' within a dentilated inner circle. 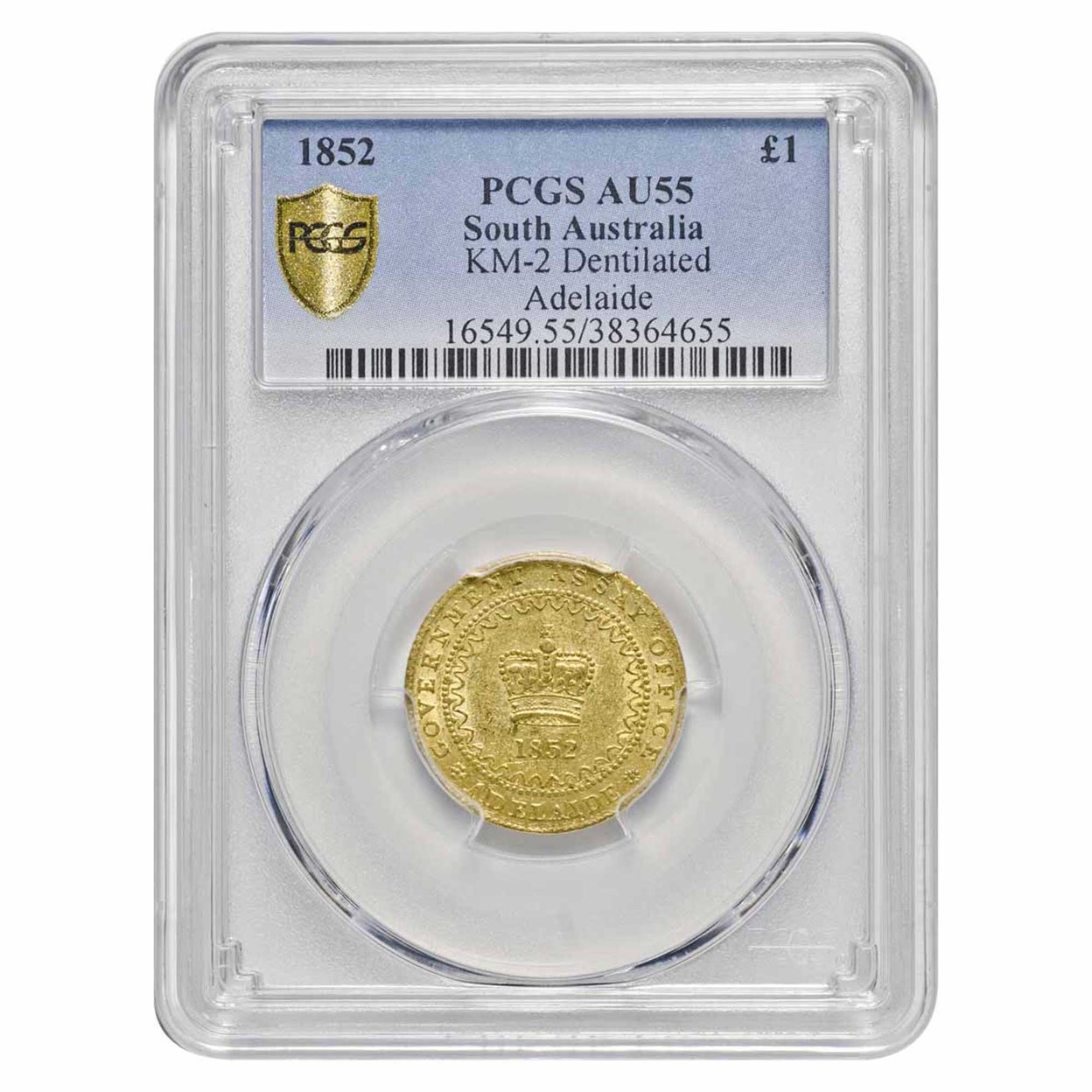 The Type I coins feature a simple, elegant beaded inner circle surrounding the value of one pound on the reverse design. Type IIs have a subtly different design that mirrors the intricate design on the crown side and featuring a scalloped inner border adjoining a beaded inner circle.

The Adelaide Pound was created without British assent and a vast majority of the mintage was melted down for the intrinsic value. As a result, the 1852 Adelaide Pound is known by approximately 200 examples, making this exceptional grade offering a highly-prized numismatic treasure for collectors.