The 21st of 25 1/2oz silver coins designed for fans of James Bond, this officially licensed product celebrates Casino Royale, the 2006 action-adventure starring Daniel Craig in his first appearance as 007.

The coin depicts a coloured image of James Bond, the charismatic Secret Service agent. Based on an official movie poster, the design includes Casino Royale within the silhouette of a female figure.  Included on the reverse are the iconic gun barrel graphic from the franchise’s signature opening sequence, the famous 007 gun logo and the inscription ‘CASINO ROYALE’. 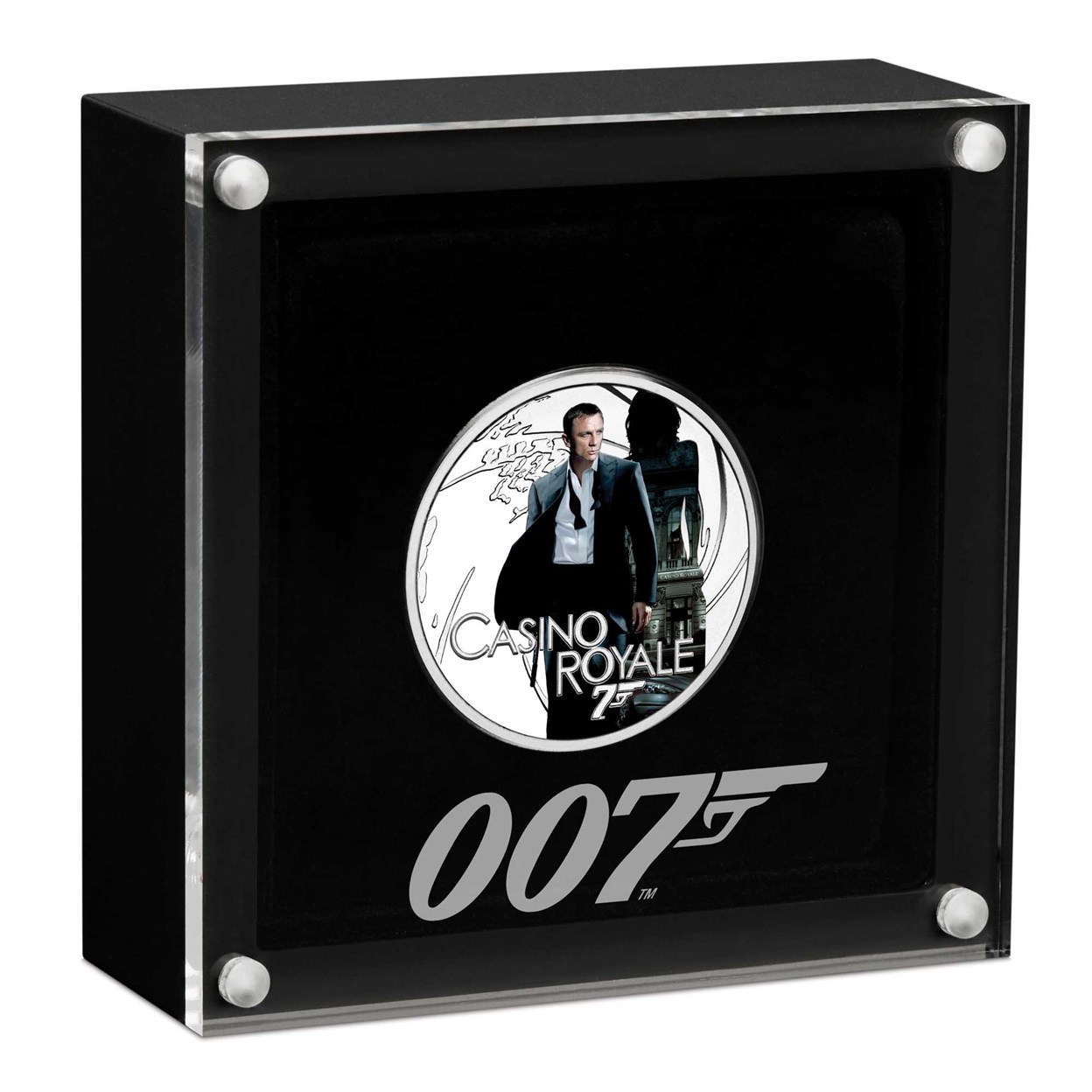