The 17th of 25 1/2oz silver coins designed for fans of James Bond, this officially licensed product celebrates GoldenEye, the 1995 action-adventure starring Pierce Brosnan in his first appearance as 007.

In GoldenEye, Bond is on the trail of Alec Trevelyan, a vengeful rogue agent who now heads the criminal Janus Syndicate. During their deadly showdown in the jungles of Cuba, Bond must prevent his nemesis carrying out a plan to devastate London with a terrifying satellite-borne weapons system. 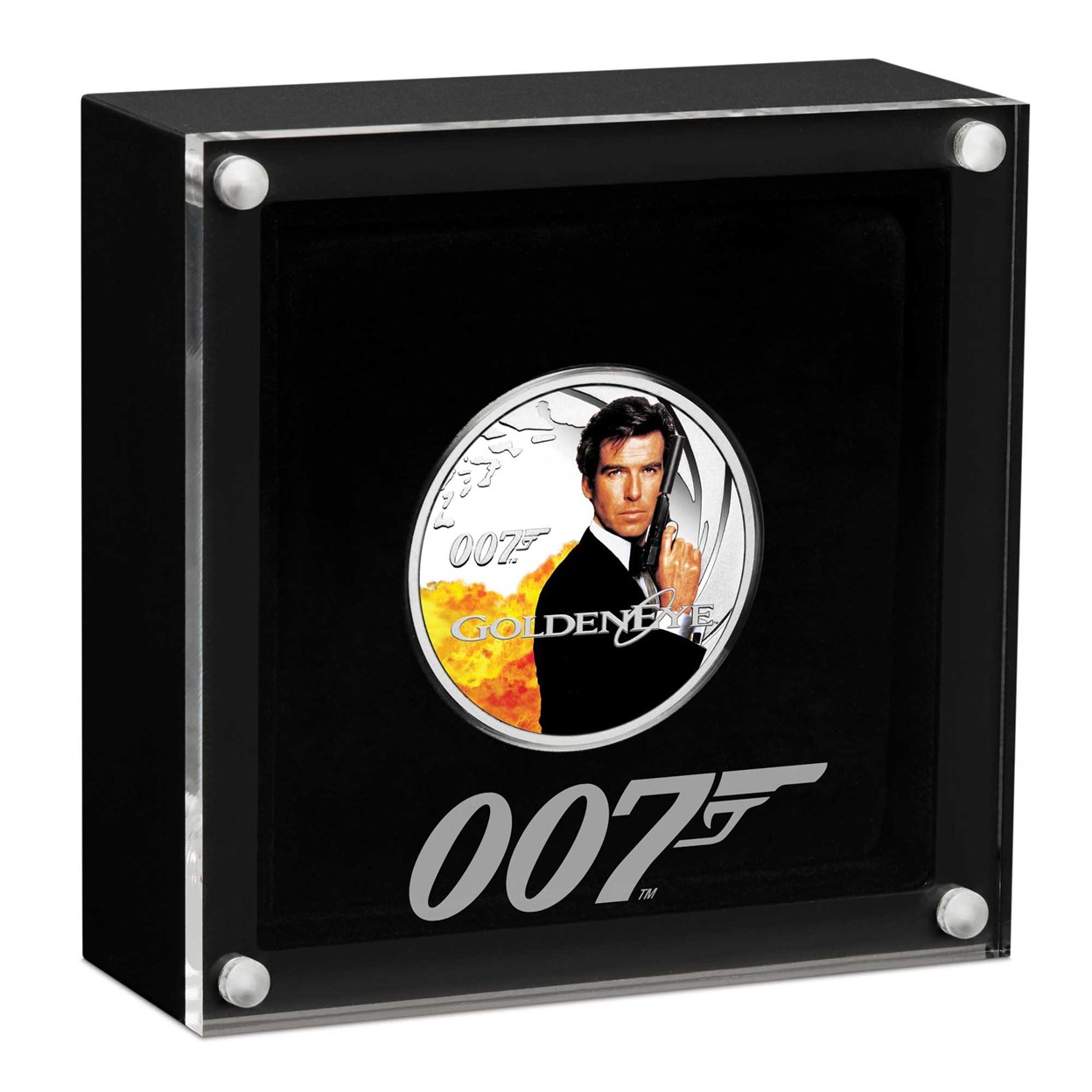 Based on an official movie poster, the coin depicts coloured images of James Bond and a representation of an explosive fireball. Included on the reverse are the iconic gun barrel graphic from the franchise’s signature opening sequence, the famous 007 gun logo and the inscription ‘GOLDENEYE’.