In Goldfinger, released in 1964, gold magnate Auric Goldfinger is planning an audacious attack on the United States Bullion Depository known as Fort Knox. Played by Sean Connery, Bond must prevent the criminal and his henchman Oddjob from irradiating the facility in order to profit from a resultant gold shortage and economic upheaval. 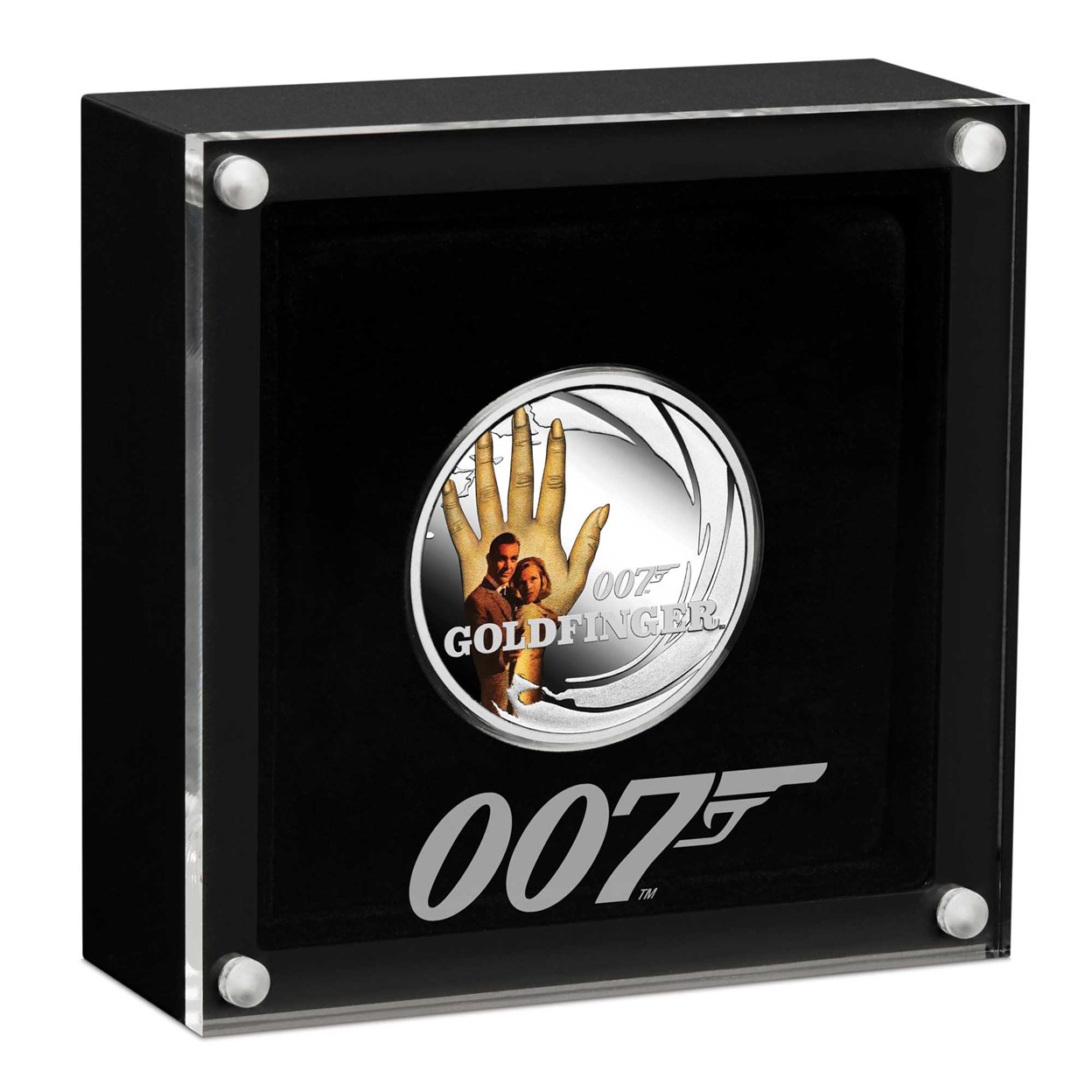 The coin’s reverse depicts a coloured illustration of James Bond and the female character Pussy Galore. Based on an official movie poster, the design also features a hand covered in skin-suffocating gold paint. Included on the reverse are the iconic gun barrel graphic from the franchise’s signature opening sequence, the famous 007 gun logo and the inscription ‘GOLDFINGER’.