The eleventh of 25 1/2oz silver coins designed for fans of James Bond, this officially licensed product celebrates Moonraker, the 1979 blockbuster specially written as a movie by author Ian Fleming.

Out of this world

In Moonraker, the theft of a Space Shuttle leads Bond to Hugo Drax, an aerospace billionaire bent on destroying humanity except for a chosen few who will create a new master race on board his space station. Played by Roger Moore, 007 must foil steel-toothed Jaws and venture into orbit to end the nightmare scenario. 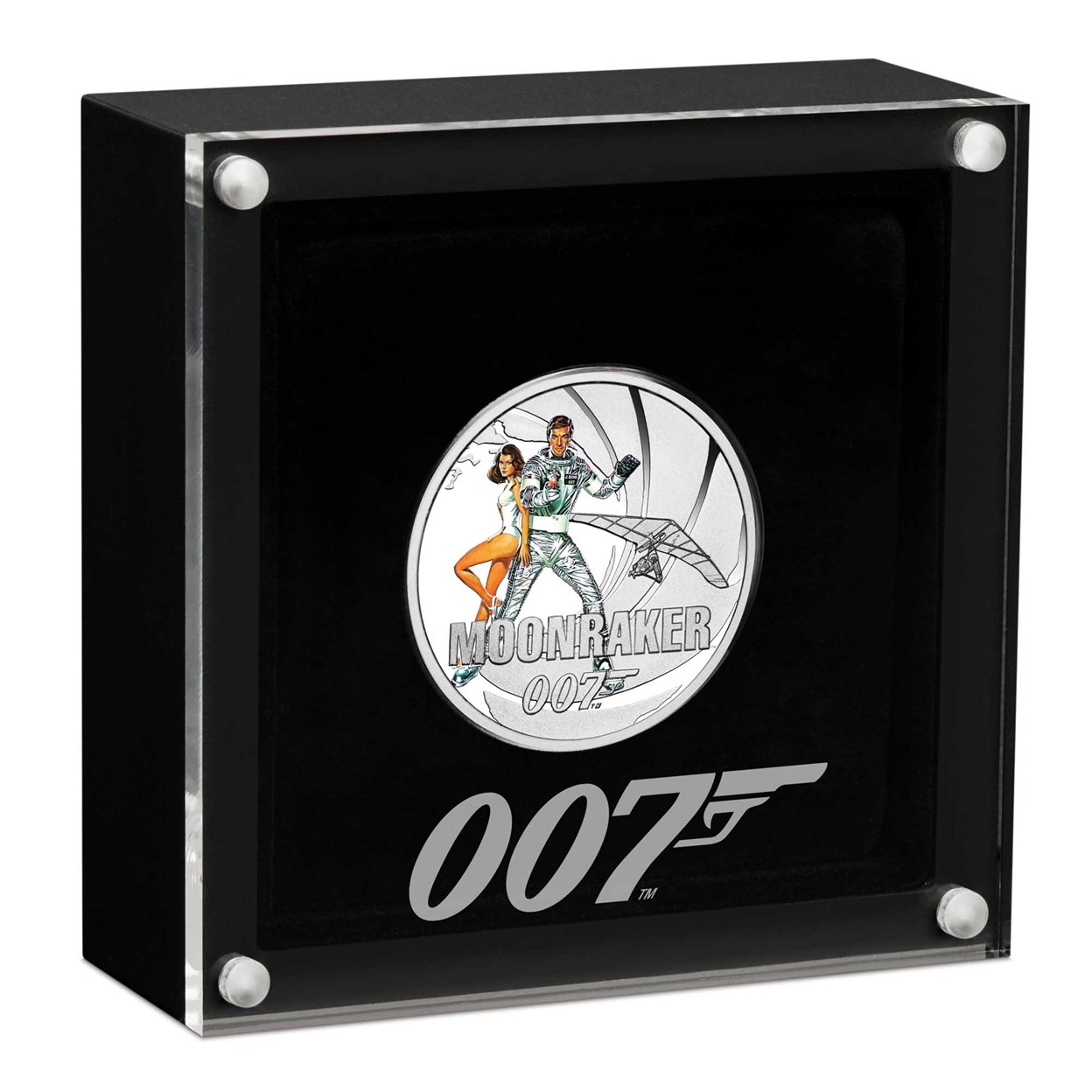 The coin’s reverse depicts a coloured image of Bond and CIA agent Holly Goodhead. Based on an official movie poster, the design includes a hang glider used by 007 to escape the Iguazu Falls. Included on the reverse are the iconic gun barrel graphic from the franchise’s signature opening sequence, the famous 007 gun logo and the inscription ‘MOONRAKER’.