The sixth of 25 1/2oz silver coins designed for fans of James Bond, this officially licensed product celebrates On Her Majesty’s Secret Service, the 1969 blockbuster in which George Lazenby played the British spy for the first and only time.

In On Her Majesty’s Secret Service, Bond is in Switzerland where head of SPECTRE Blofeld has primed 12 ‘Angels of Death’ to unleash germ warfare to hold the United Nations to ransom. Played by George Lazenby, 007 must take things into his own hands when the UN decides to pay off the criminal mastermind. 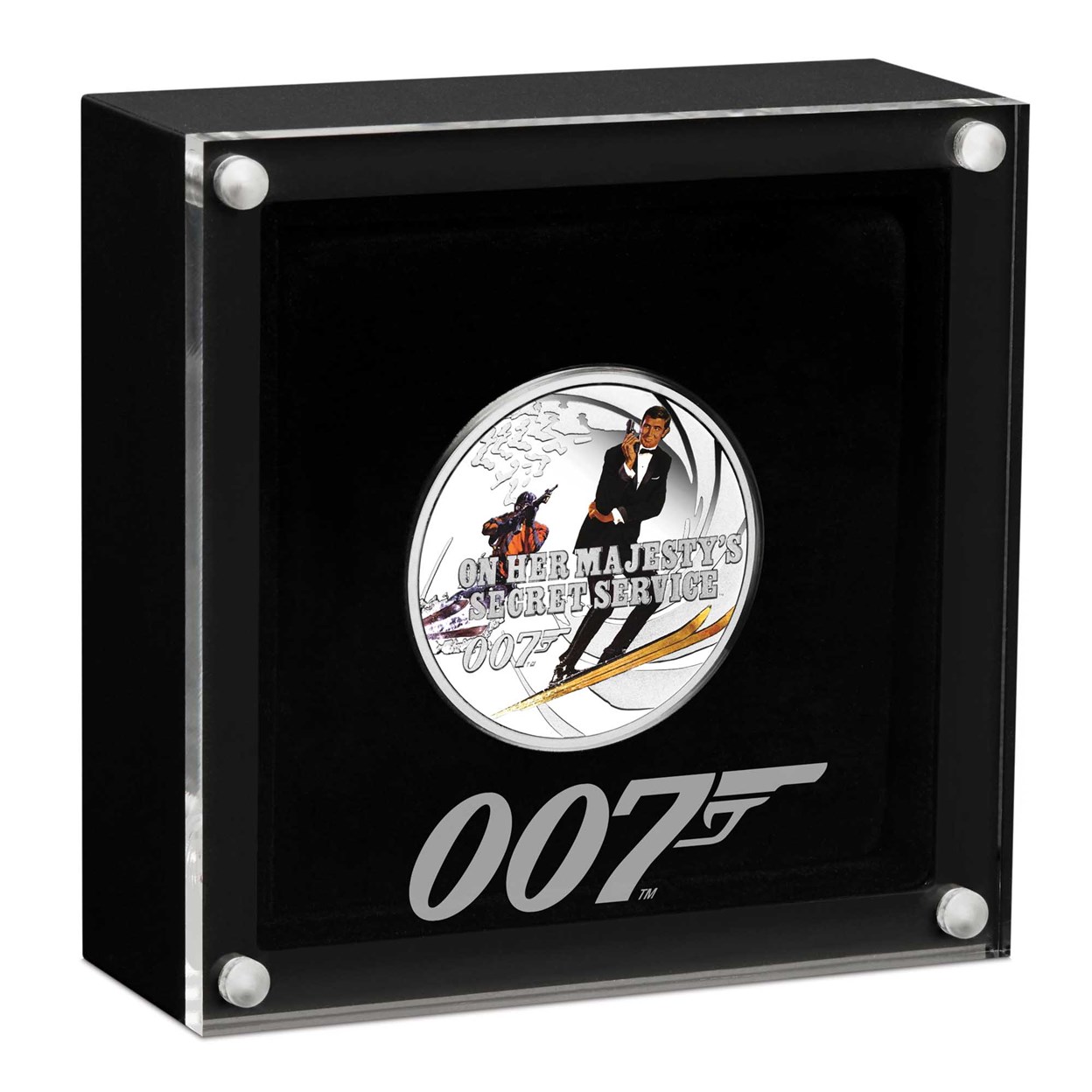 On Her Majesty's Secret Service design

The coin’s reverse depicts a coloured depiction of James Bond on skis. Based on an official movie poster, the design also features a skiing adversary taking aim at the agent with a rifle. Included in the design are the iconic gun barrel graphic from the franchise’s signature opening sequence, the famous 007 gun logo and the inscription ‘ON HER MAJESTY’S SECRET SERVICE’.