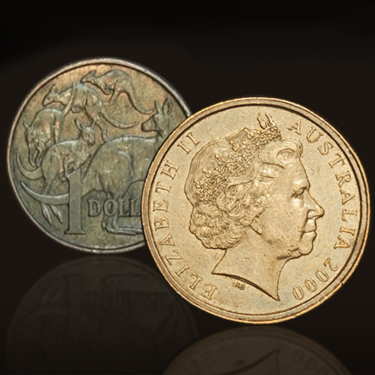 ‘Mule’ is the numismatic term to describe a coin struck from dies not originally intended for use together.

Australia’s most famous mule is a halfpenny struck in 1916. It is the rarest Commonwealth coin issued for circulation.

In 2000, a number of Australian dollar coins were mistakenly struck using a 10 cents obverse (heads) die. The 10 cents is marginally smaller than the dollar, which meant the resulting mule had a heavier than normal rim on the obverse.

Error coin collectors soon drove prices up and a scramble to find the rogue pieces ensued, particularly in Perth where many of the dollar/10 cents mules were released. Finds were subsequently reported in other parts of the country too.

Years later these distinctive coins recently re-emerged as a potential jackpot for collectors, with one listed for sale on international coin collecting site The Purple Penny in September 2020 at a price of more than AUD 4,200.

Estimates vary considerably as to exactly how many were issued – perhaps 6,000 at most. Although highly unlikely to appear in change anymore, a 2000 mule dollar would make an exceptional find with values ranging from several hundred dollars to, as proven above, several thousands!

Maybe it’s worth glancing over the next dollar coin you pull out of your pocket or purse?