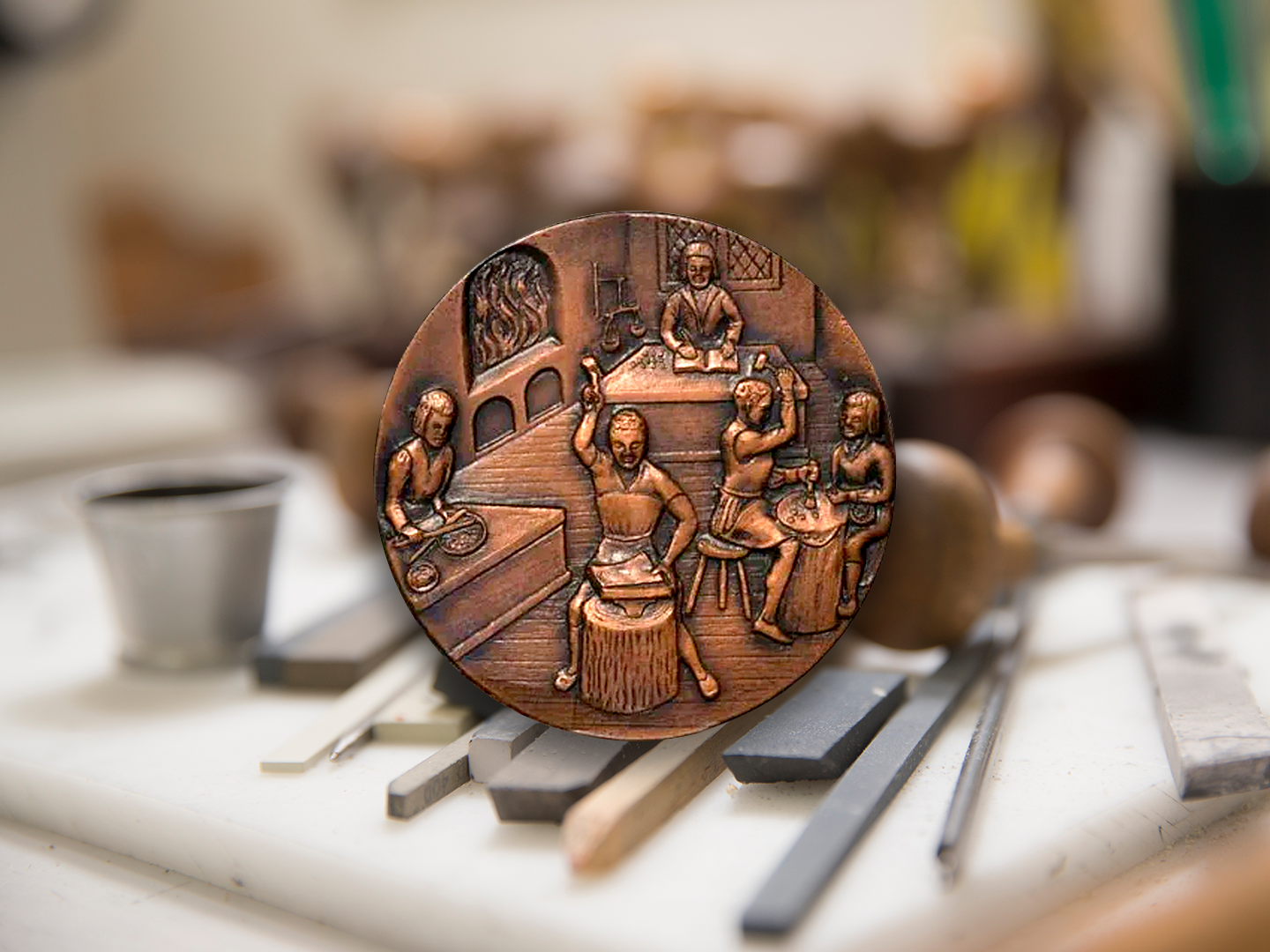 As readers will be aware we like a mystery here at the Vault, and this medallion raised some intriguing questions. 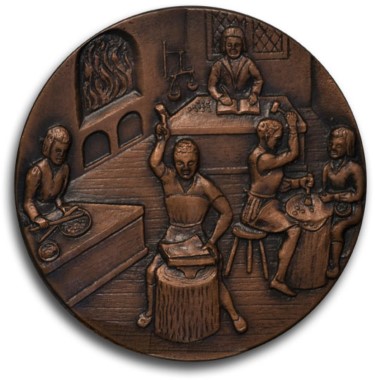 Research revealed that the inspiration behind the medallion was a 15th century woodcut depicting a monetary workshop in Europe. The original design is believed to be by Leonhard Beck (1480 – 1542) but may also be attributed to Hans Burgkmair, The Elder (1473 – 1531).

It is interesting to note all the steps in the minting process: the furnace for smelting is featured in the upper left, with the figures cutting planchets, beating metal and striking coins, respectively. The chief ‘moneyer’ (or perhaps die engraver) is depicted at the top centre and appears to be supervising the whole operation.

Moneyers have a long tradition dating back through history, and were considered personally responsible for the weight and fineness of the metal coins they produced. There are many recorded instances of moneyers who produced short-weight coins, who were subsequently punished.

For example, in England, King Henry I held an ‘Assize of Moneyers’ at Winchester in 1124. Ninety-four coin makers were convicted of issuing sub-standard coins. As a punishment, the moneyers were mutilated, losing their right hands and one testicle – not surprisingly, the quality of English coins improved substantially!

The medallion was cast by the Royal Mint and quite how it came into The Perth Mint’s historic coin and medallion collection remains a bit of a mystery. But we’re working on it…