The Premier of Western Australian Mr Mark McGowan MLA has announced the appointment of Sam Walsh AO as the new Chairman of Gold Corporation, operator of The Perth Mint.

Mr Walsh, former Chief Executive Officer of Rio Tinto, is a distinguished Western Australian businessman who brings a wealth of experience and resource industry knowledge along with global networks to his new role.

“In the increasingly complex worlds of refining, metals trading, financial services and digital technologies, I believe Mr Walsh has the right skills to lead Gold Corporation into the future,” Premier McGowan said.

Mr Walsh will succeed Mr Don Mackay-Coghill, who held the position of Chairman of the Board since 2016. Mr Mackay-Coghill is a former CEO of Gold Corporation. Following his retirement in 2003 after 17 years in the role, he continued as a Non-Executive Director until June 2009.

During his time as Chairman, Mr Mackay-Coghill provided guidance, advice and consultation to fellow members of the Board and Executive Committee to consolidate The Perth Mint’s position as a leader in the global precious metals industry.

“The Perth Mint is a unique Western Australian organisation with a strong international presence and Mr Mackay-Coghill’s dedication to this organisation has been invaluable,” said Chief Executive Officer Richard Hayes.

“On behalf of the Board and staff, I would like to extend my thanks to Mr Mackay-Coghill for sharing his extensive experience and providing sound leadership to The Perth Mint team,” Mr Hayes said.

“As we move into a new year and new era for The Perth Mint, we warmly welcome Mr Walsh and look forward to working with him as we continue to build our global presence and reputation in the dynamic and challenging precious metal markets of the 21st century,” Mr Hayes continued.

Service WA, and Chairman of Accenture Global Mining Council. He is Global President of the Chartered Institute of Procurement and Supply, Vice President of the Australian-Japan Business Corporation Committee and Director of Tokyo-Listed Mitsui and Co. As Patron of the State Library of WA Foundation and Patron of the UWA Hackett Foundation he continues to contribute to the community, and has been recognised as an Australian Export Hero and Western Australian Citizen of the Year for Industry and Commerce.

The Perth Mint is Australia’s only vertically integrated precious metals business accredited for both gold and silver on the London Bullion Market Exchange. Refining more than 350 tonnes of gold and 650 tonnes of silver each year, it is Western Australia’s 5th largest exporter, distributing bullion and collector coins and minted bars, bullion bars and other precious metals products worldwide. It provides depository services to almost 40,000 clients in more than 130 countries who entrust The Perth Mint to safely store their precious metal investments in the largest network of central bank grade vaults in the southern hemisphere. The Perth Mint Shop and Exhibition welcomes almost 70,000 visitors annually to the historic Perth Mint buildings in East Perth. 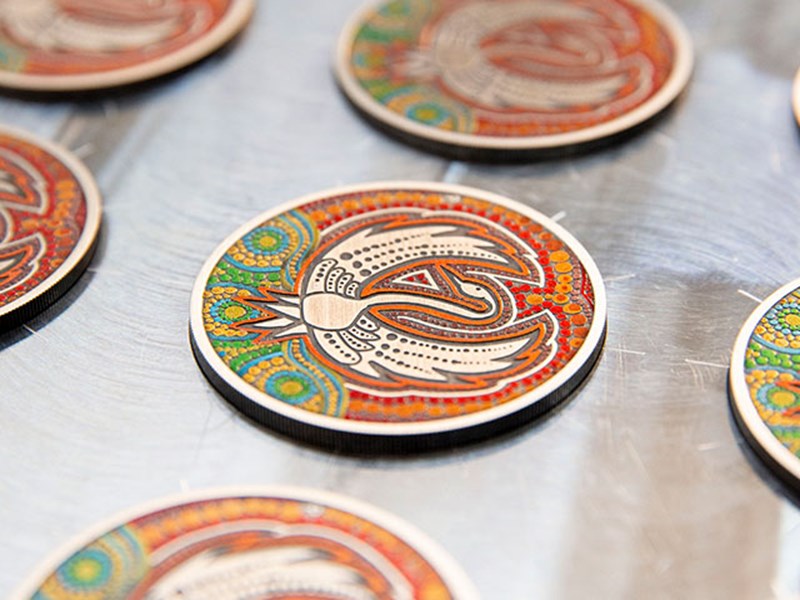