With many still fascinated by NASA's 1969 Apollo 11 mission, this commemorative pure gold coin is the perfect celebration of the first moon walk.

The successful landing of American spacecraft Apollo 11’s Lunar Module Eagle on the moon was watched by more than half a billion people in 1969. Humanity held its breath as astronaut Neil Armstrong stepped onto the moon’s surface, proclaiming ‘that’s one small step for (a) man, one giant leap for mankind’.

The historic event was broadcast thanks in part to Australia’s CSIRO Parkes radio telescope and NASA’s Honeysuckle Creek tracking station near Canberra.

The coin’s reverse portrays a representation of the Lunar Module Eagle landing on the moon behind a large footprint on the Moon’s surface. The design includes the inscription ‘MOON LANDING 1969-2019’ and The Perth Mint’s ‘P’ mintmark. 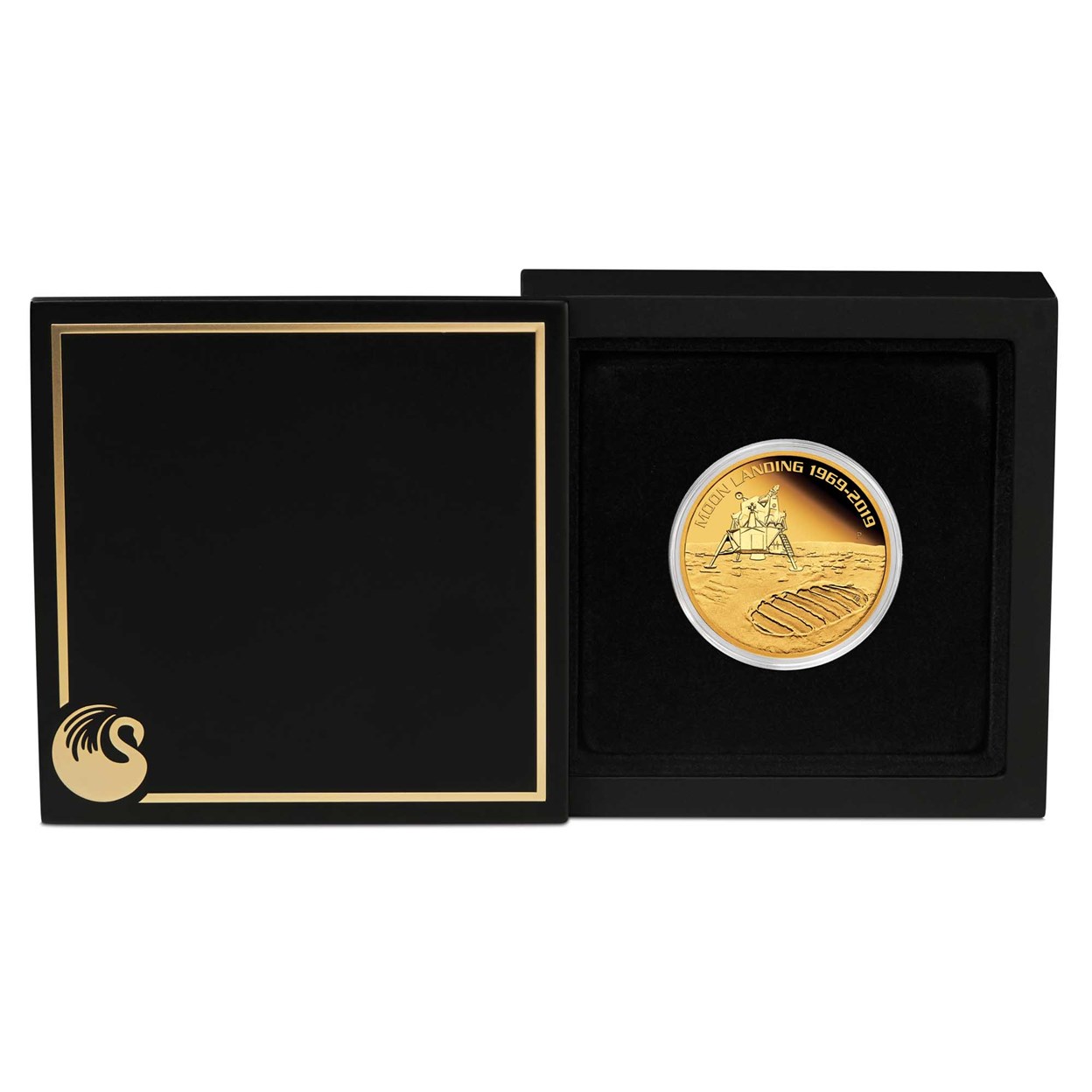 The coin is housed in a modern display case with a timber lid. Packaged within an illustrated shipper, each coin is accompanied by a numbered certificate of authenticity.