Buy the 70th Anniversary of the Royal Wedding 2017 2oz Gold Proof Coin from The Perth Mint.

To celebrate the 70th anniversary of Her Majesty Queen Elizabeth II and the Duke of Edinburgh, The Perth Mint proudly presents this stunning 2oz gold proof coin.

The Queen, then known as Princess Elizabeth, married the Duke of Edinburgh, known then as Lieutenant Philip Mountbatten, at Westminster Abbey in London at 11.30am on 20 November 1947.

The design also includes the floral emblems of Wales, Scotland, Ireland and England, as well as St Edward's Crown, the inscription 70TH ANNIVERSARY ROYAL WEDDING, the year-dates 1947-2017 and The Perth Mint's 'P' mintmark. 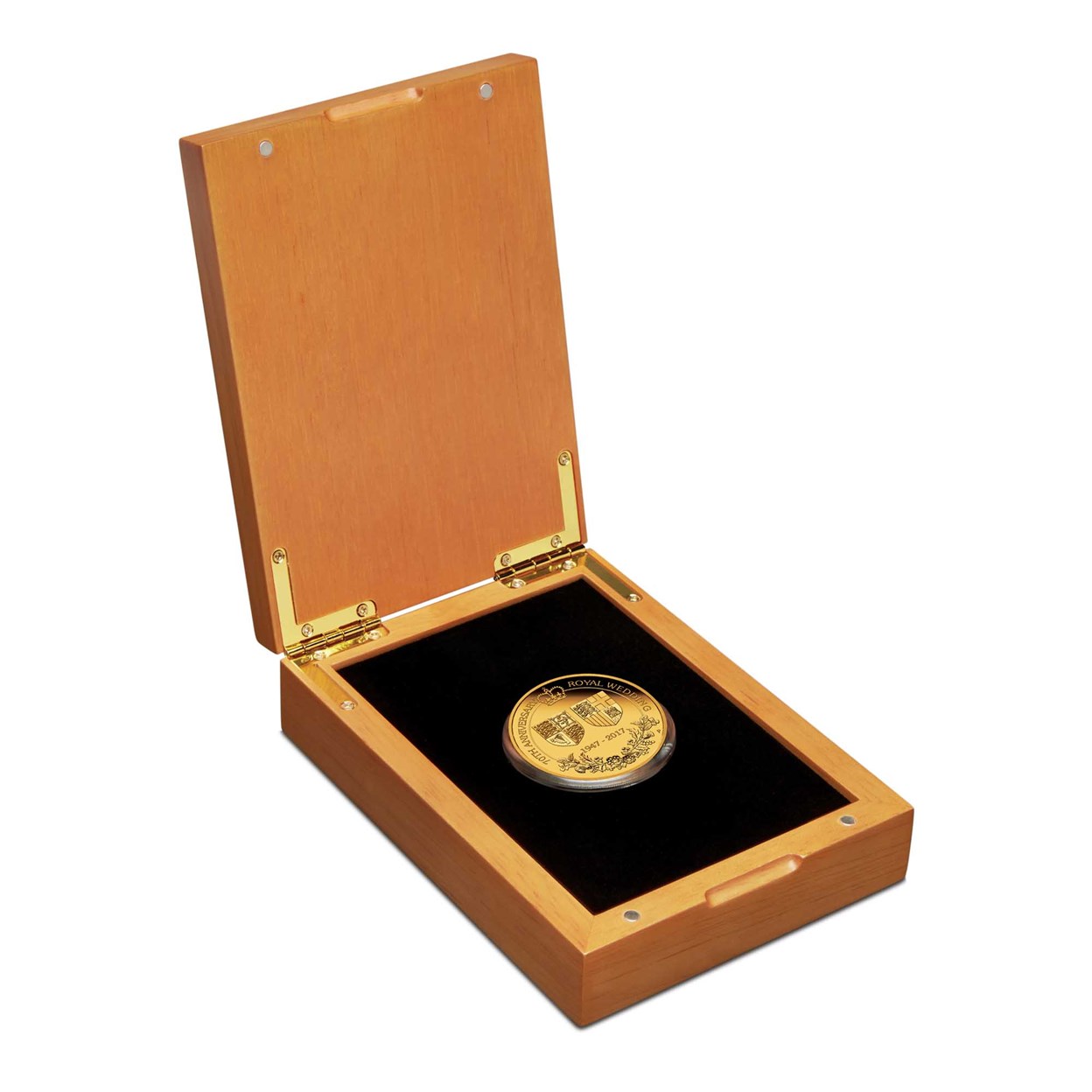 The coin is housed in a timber presentation case within a themed, customised shipper and is accompanied by a numbered certificate of authenticity.