This remarkable commemorative honours the courageous British and Allied pilots, including 35 Australians, who flew combat operations in the Battle of Britain during the summer and autumn of 1940.

The Royal Air Force's pivotal struggle against the unremitting attacks of the German Luftwaffe in 1940 is recorded in the annals of history as the Battle of Britain.

Young pilots 'scrambled' into the air at a moment's notice, engaging in deadly dog fights with enemy aircraft during several fateful months. Their resolve came at a heavy price, but in refusing to be beaten, they are credited with inflicting the first major defeat on Germany of World War II.

Against a backdrop of stylised clouds, the coin's reverse portrays representations of six RAF Spitfires, which alongside Hurricane fighter planes effectively ended Germany's planned invasion of Britain during the second year of the War.

The design includes the inscription 80TH ANNIVERSARY BATTLE of BRITAIN, as well as the coin's 2020 year-date, its weight and fineness and The Perth Mint's 'P' mintmark. 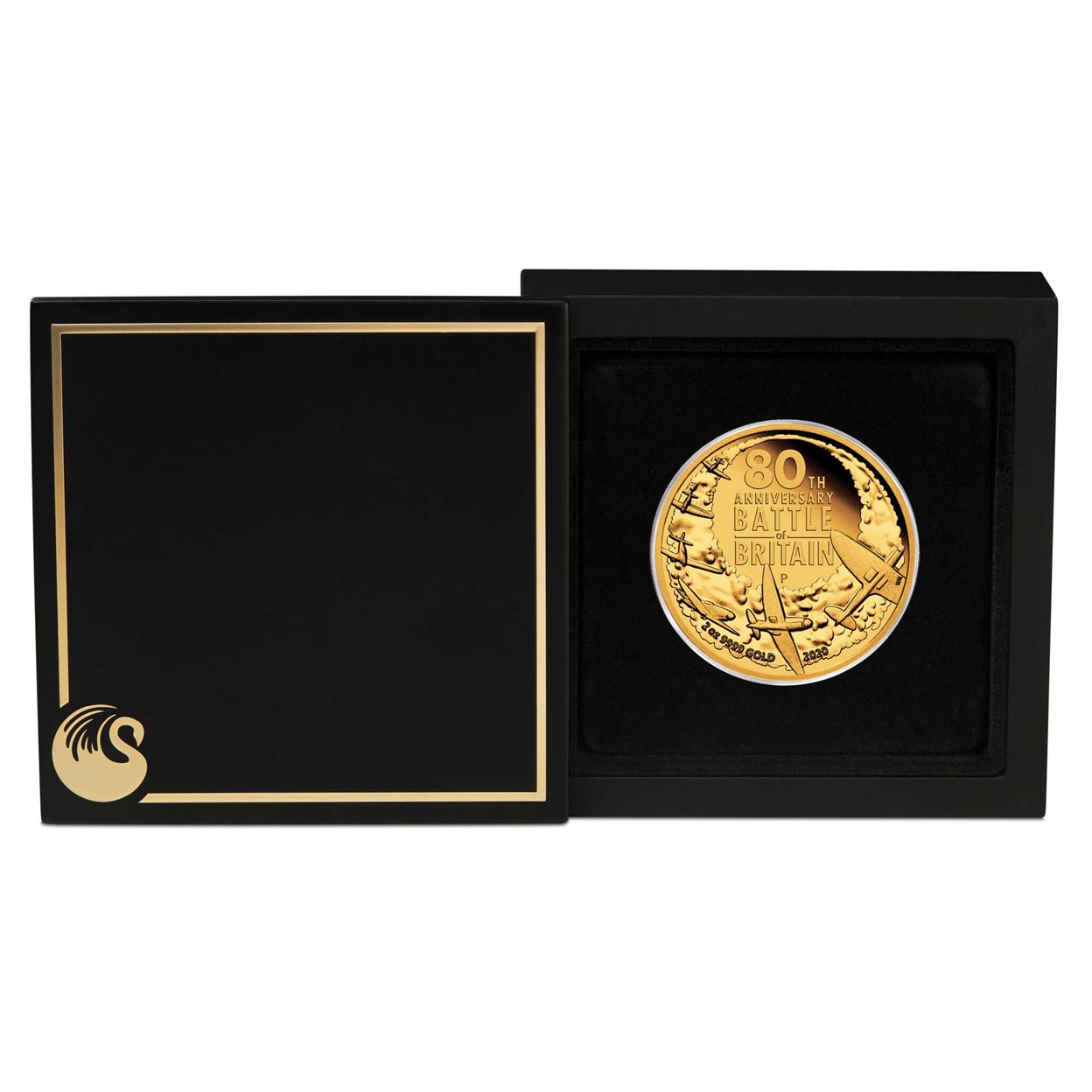 Accompanied by a numbered certificate of authenticity, the coin is housed in a prestigious timber presentation case which comes in a superbly illustrated shipper.