Honouring the first gold coin ever produced in Australia, this spectacular tribute to the 1852 Adelaide Pound represents a magnificent demonstration of The Perth Mint’s meticulous bi-metal production skills.

Produced in South Australia in 1852, the Adelaide Pound represented an emergency response to the colony’s severe shortage of coins. Regrettably, the first production run was restricted to about 50 coins when the die cracked. Today, Type I examples of the Adelaide Pound are among the rarest and most significant coins in Australian numismatic history.

The 3/4oz gold centrepiece of this bi-metal tribute portrays a replica of the 1852 ‘cracked die’ Adelaide Pound featuring a crown and the inscription GOVERNMENT ASSAY OFFICE ADELAIDE. It is encased by a 3/4oz silver ring inscribed with the words ADELAIDE POUND 2020 and The Perth Mint’s ‘P’ mintmark.

The coin depicts a miniature version of the Jody Clark effigy of Her Majesty Queen Elizabeth II on the obverse of the silver ring. The gold centrepiece features inscriptions of weight, fineness and monetary denomination as they appeared on the original coin. 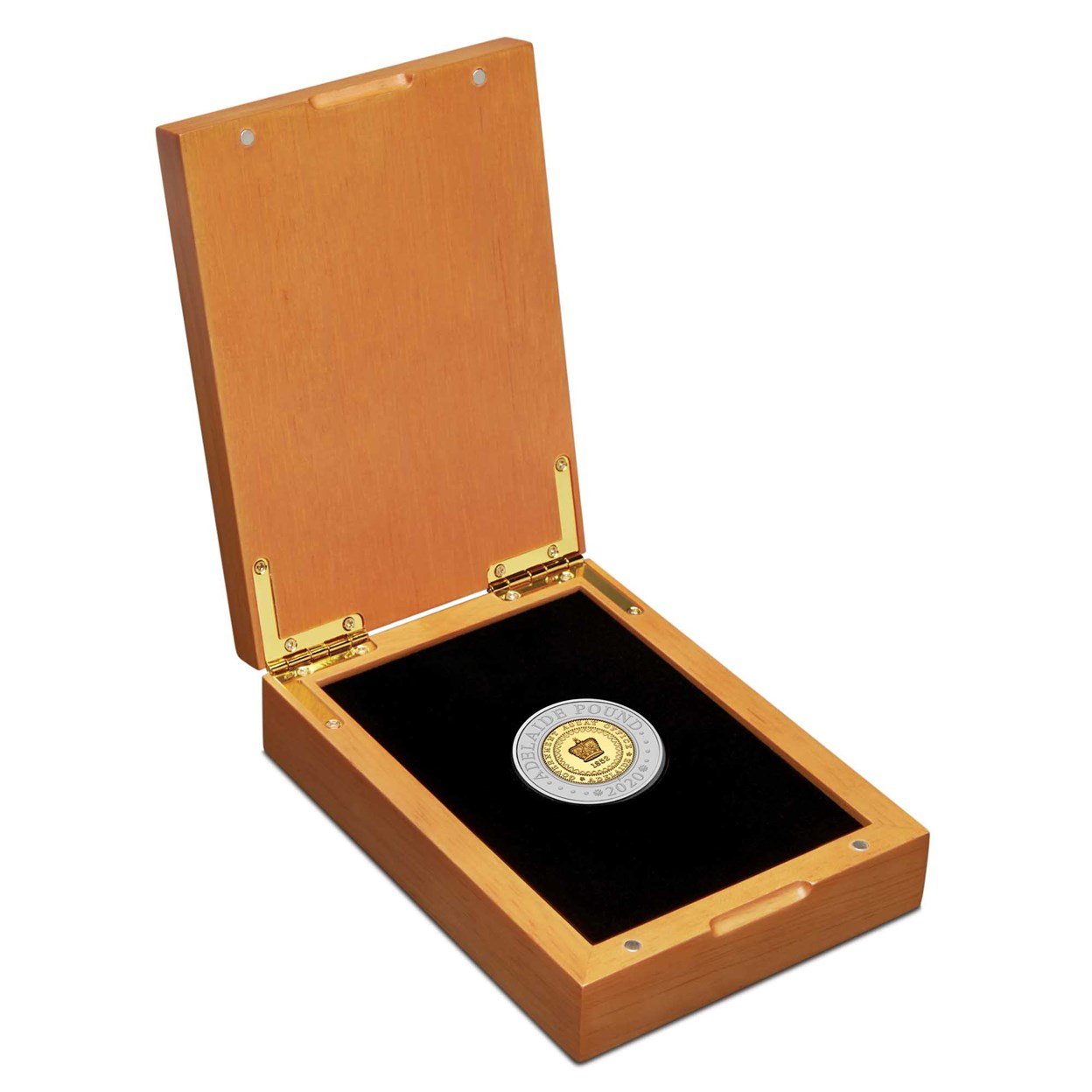 Accompanied by a numbered Certificate of Authenticity, this coin is housed in a prestigious timber display case within a themed, customised shipper.