Year of the pig in coloured design

Finished in vibrant colour this gold coin depicts a superbly detailed domesticated pink pig with black markings amid stylised rocks and foliage including a peony, known as the flower of riches and honour.
The Chinese pinyin character for ‘pig’ and the inscription ‘Year of the Pig’ also appear on the reverse with The Perth Mint’s traditional ‘P’ mintmark. 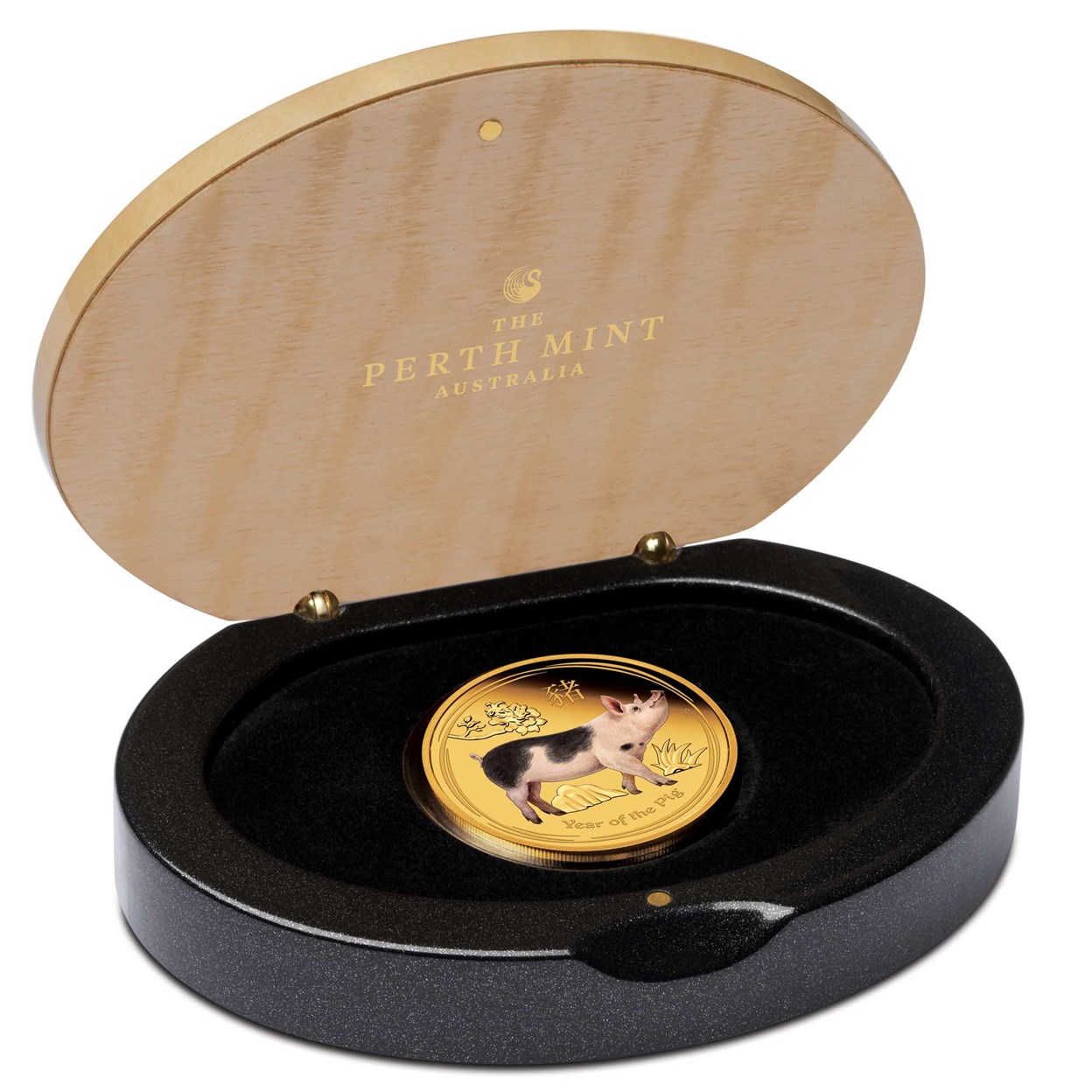 Each coin is housed in an oval-shaped, glossy black and timber-inspired display case within a lunar-themed shipper and accompanied by a numbered certificate of authenticity.