Celebrate the Year of Rooster with this stunning 1oz gold coin featuring a rooster in a Chinese setting, with the coin issued individually or as part of a three-coin set.

Year of the rooster

2017 Year of the Rooster design

The reverse depicts a rooster standing in a stylised Chinese scene featuring bamboo and leaves. The Chinese character for ‘rooster’ and the inscription ‘Year of the Rooster’ also appear in the design with The Perth Mint’s traditional ‘P’ mintmark. 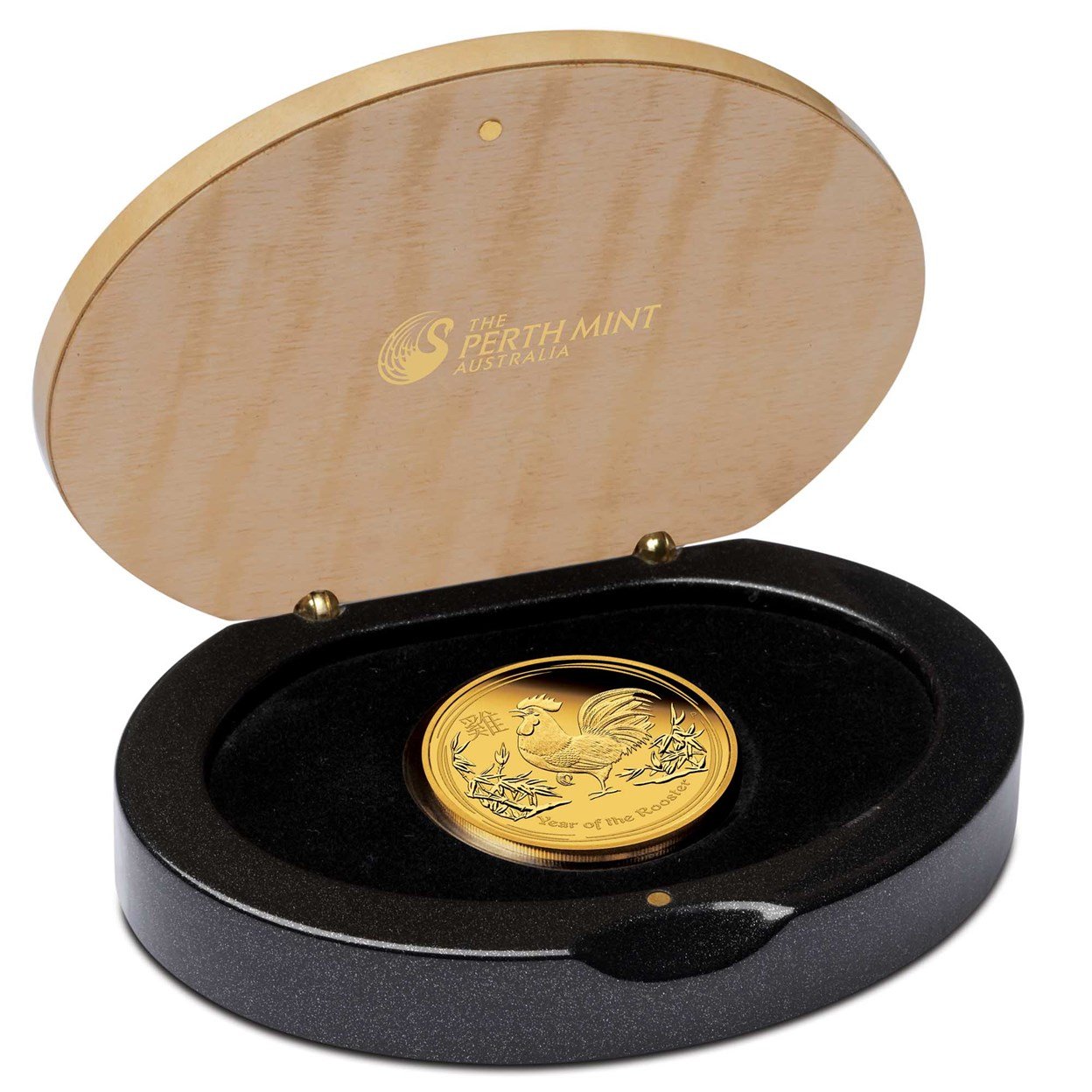 The coin is housed in an oval-shaped, glossy black and timber-inspired display case and illustrated lunar-themed shipper, and is accompanied by a numbered certificate of authenticity.