Meticulously crafted from pure gold in flawless proof quality, this coin from the Australian Lunar Series is a perfect acquisition or gift for anyone born under the Chinese lunar sign of the rooster.

Year of the rooster

The reverse of each coin depicts a rooster standing in a stylised Chinese scene featuring bamboo and leaves. The Chinese character for ‘rooster’ and the inscription ‘Year of the Rooster’ also appear in the design with The Perth Mint’s traditional ‘P’ mintmark. 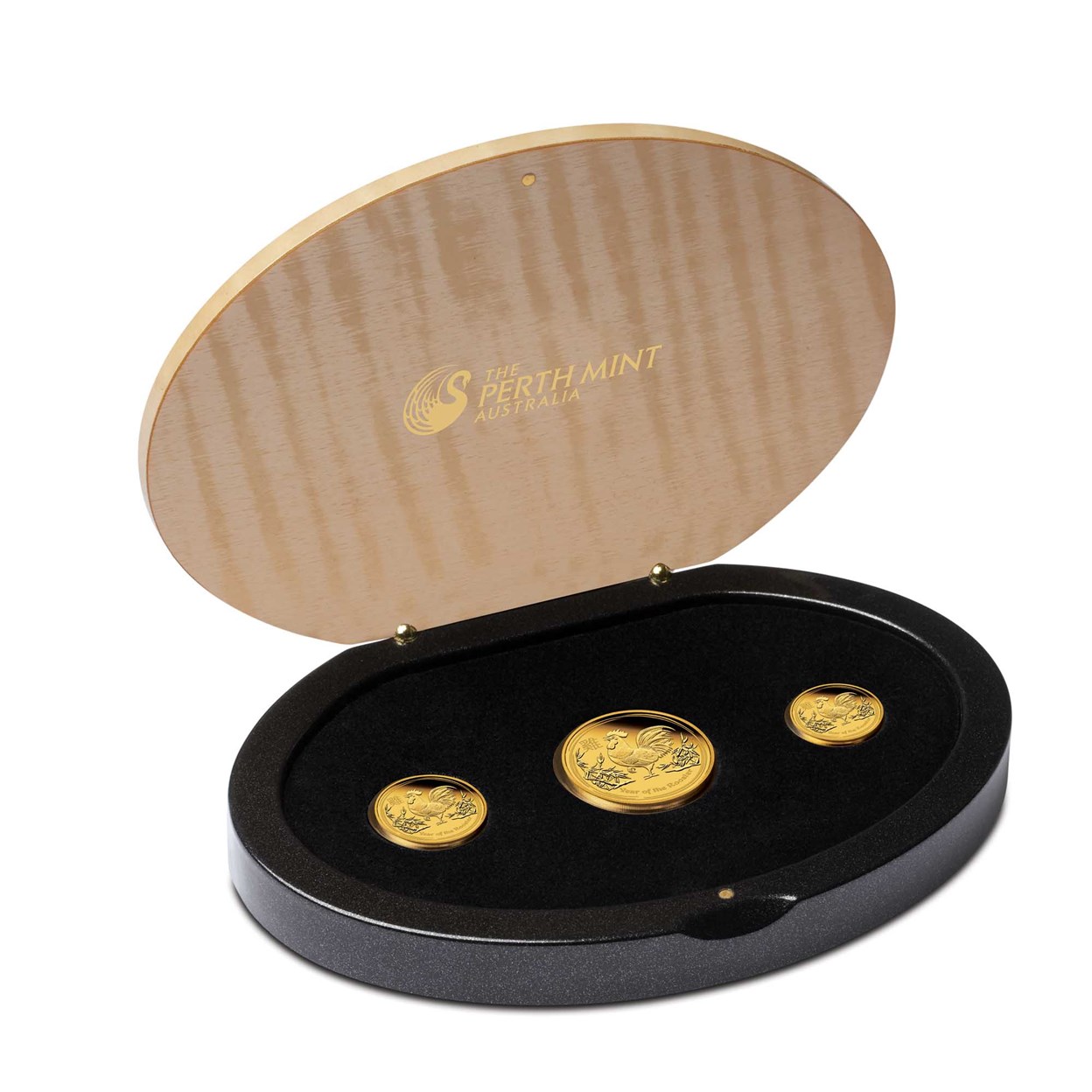 Each coin and three-coin set is housed in an oval-shaped, glossy black and timber-inspired display case and illustrated lunar-themed shipper, and is accompanied by a numbered certificate of authenticity.