Meticulously crafted from 1oz of pure gold in flawless proof quality, this coloured Lunar coin is a prestigious acquisition or gift for anyone born under the Chinese lunar sign of the rabbit.

This product is available for purchase in Australia only. Customers outside of Australia can purchase this product from Shoeller.

Coloured Year of the Rabbit design

The coin portrays a rabbit leaping among grasses with feathery plumes in colour. Included in the design is the Chinese character for ‘rabbit’, the inscription ‘RABBIT 2023’ and The Perth Mint’s ‘P’ mintmark. 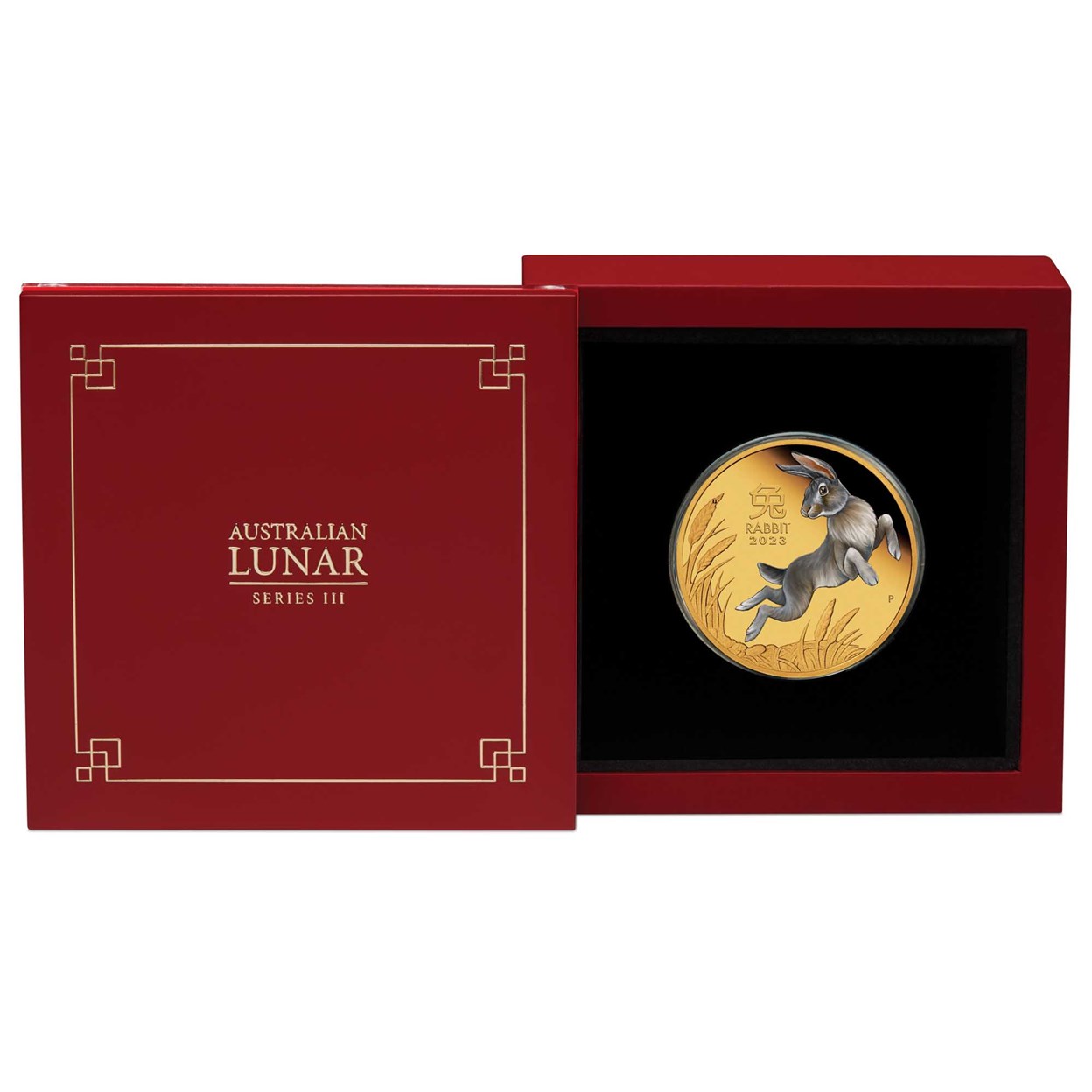 Accompanied by a numbered certificate of authenticity, the coin comes in a luxury red display case with a magnetic lid and an illustrated shipper. When aligned with other shippers from the Australian Lunar Series III, the illustration forms a diorama depicting all 12 animals in the order they finished The Great Race, a traditional Chinese story about the creation of the lunar calendar.