This stunning proof coin offers astute collectors the chance to celebrate the Year of the Rabbit with pure platinum. A lustrous white precious metal, platinum is much rarer than gold; it’s estimated that all the platinum ever mined would comfortably fit inside an average home.

This product is available to Australia only. Customers outside of Australia can purchase this product from SD Bullion.

The coin’s flawlessly struck design portrays a rabbit leaping among grasses with feathery plumes. Included on the reverse is the Chinese character for ‘rabbit’, the inscription ‘RABBIT 2023’ and The Perth Mint’s ‘P’ mintmark. 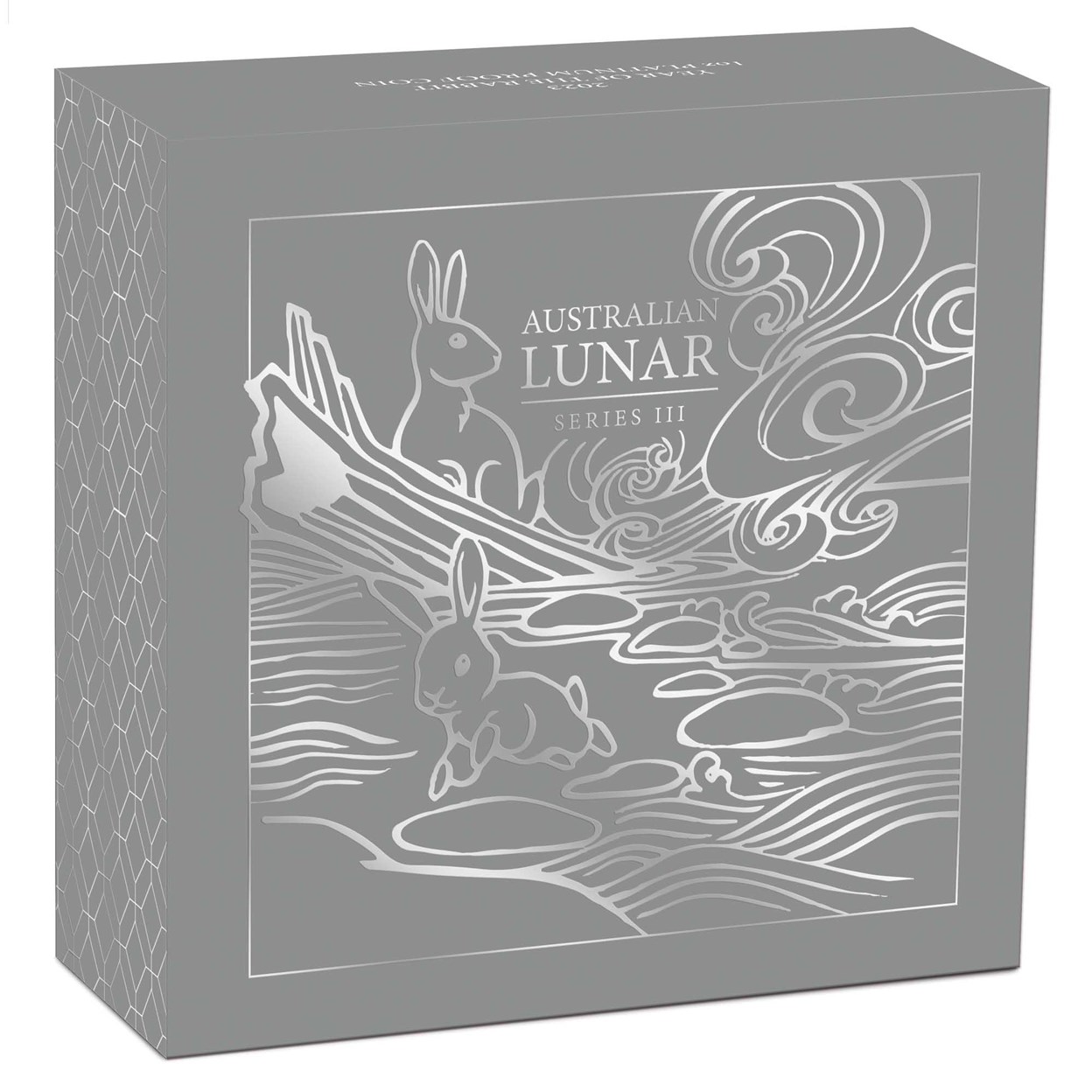 Accompanied by a numbered certificate of authenticity, the coin comes in a classic display case with a clear lid and an illustrated shipper. When aligned with shippers from the other 11 coins in the series, the resulting diorama depicts all 12 animals participating in The Great Race, a traditional Chinese story about the creation of the lunar calendar.