Vivid colour on this 1oz silver proof collectable adds further to its appeal for anyone celebrating their birth in the Year of the Rabbit.

According to tradition, the emperor commanded a great race to decide which animals would appear in the lunar zodiac. To complete the course, each one had to cross a fast-flowing river. The nimble rabbit used stepping stones before floating on a log to reach the opposite bank in fourth place.

The coin portrays a coloured representation of an alert rabbit with its ears erect and another rabbit stretching towards a budding branch. Included in the design is the Chinese character for ‘rabbit’, the inscription ‘RABBIT 2023’ and The Perth Mint’s ‘P’ mintmark. 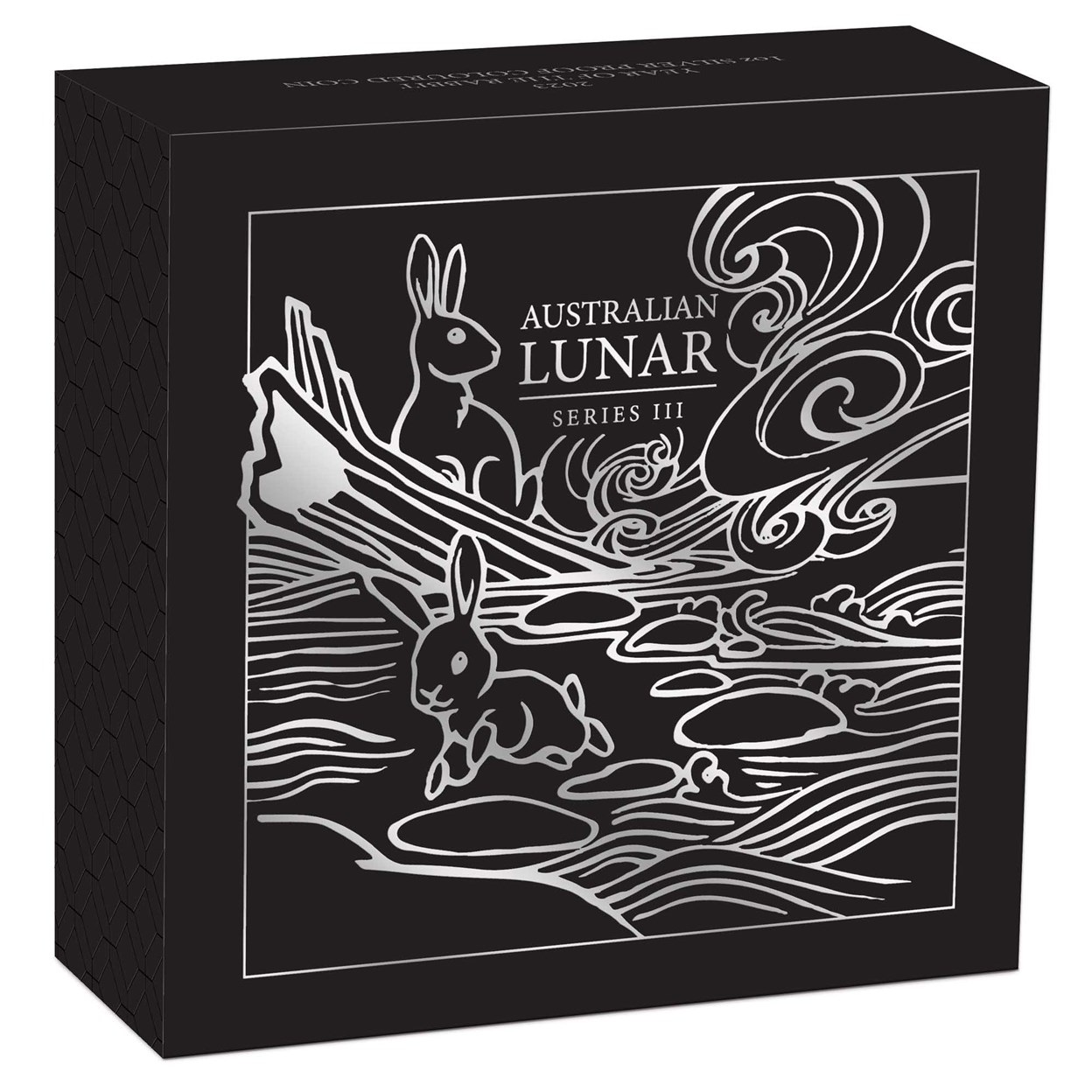