Each crafted from 1oz of pure silver, the Australian Lunar coins in this Year of the Rabbit Trio Set provide a side-by-side comparison of exceptional numismatic treatments for which The Perth Mint is renowned.

Return of the rabbit

First issued for 1996 and now in its third cycle, the long-running Australian Lunar Coin Series celebrates the 12 animals of the lunar zodiac. These 2023-dated coins mark the return of the rabbit, whose rule over every fourth year in the 12-year lunar calendar is said to bestow intelligence, creativity, vigilance and compassion on those born under its influence in 2023 and every 12th preceding year.

Portraying an alert rabbit with its ears erect and another rabbit stretching towards a budding branch, each coin demonstrates a different surface treatment. Delicately frosted rabbits appear on the proof coin’s immaculate, mirror-like table. The coloured coin depicts the creatures in vivid hues, while the 1oz gilded variant highlights the animals in 24-carat gold. Included in the design is the Chinese character for ‘rabbit’, the inscription ‘RABBIT 2023’ and The Perth Mint’s ‘P’ mintmark. 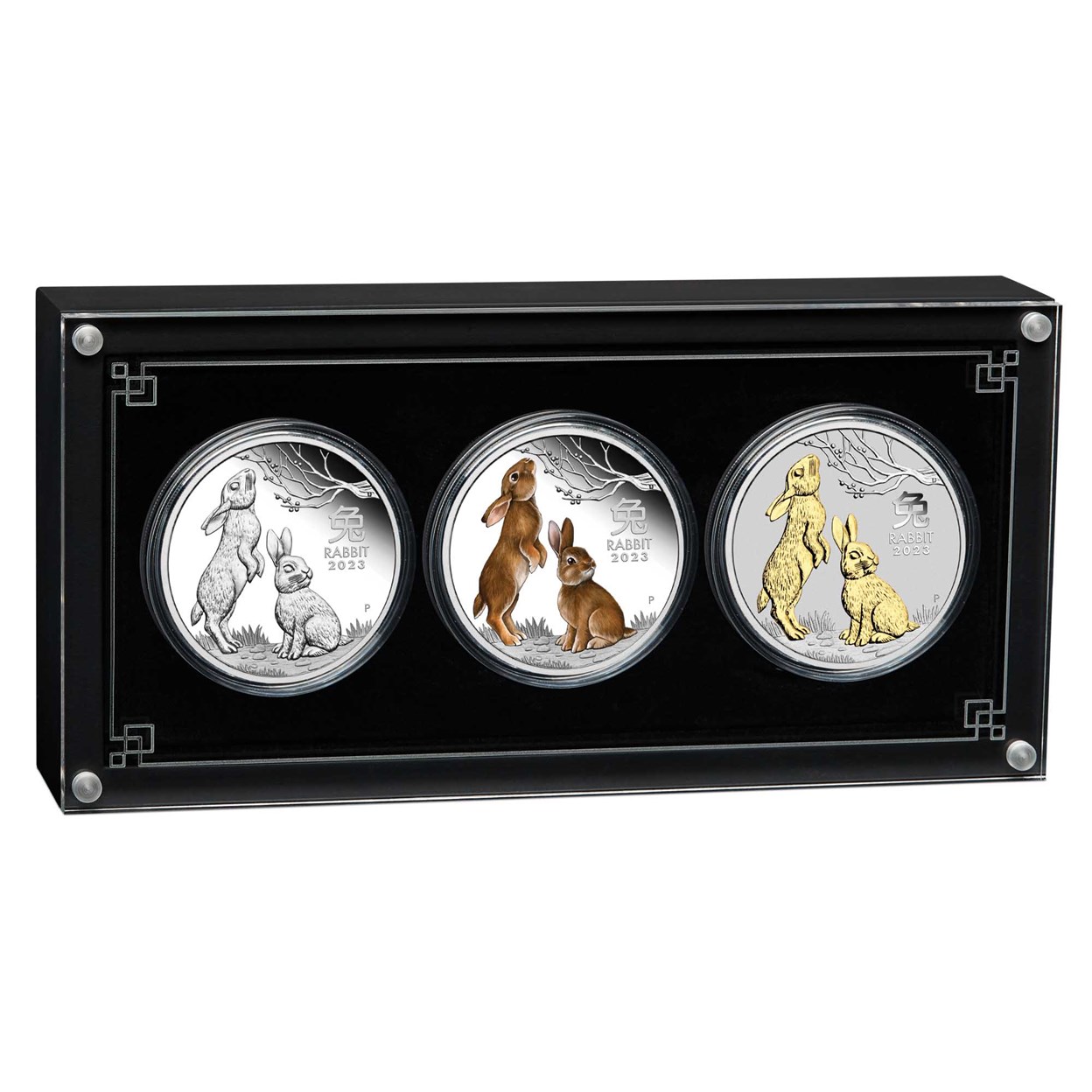 Accompanied by a numbered certificate of authenticity, the set is housed in a classic display case with a clear lid and an illustrated shipper which aligns with other Trio releases to form a diorama of every animal in the lunar calendar.