New Out of stock

Struck from 2oz of pure silver, this enchanting celebration of the Year of the Rabbit benefits from antiquing, a surface treatment that tones the natural lustre of a silver coin.

Dating back thousands of years, the Chinese lunar calendar features 12 auspicious animals, each said to influence the personality of those born during its ascendancy. The rabbit, which oversees people born in 2023 and every 12th preceding year, is believed to bless its cohort with intelligence, creativity, vigilance and compassion.

The coin portrays an alert rabbit with its ears erect and another rabbit stretching towards a budding branch. The animals are pictured in a bucolic scene featuring a picket fence, rolling hills, flowers, cabbages and three further rabbits. Also included on the reverse is The Perth Mint’s ‘P’ mintmark. 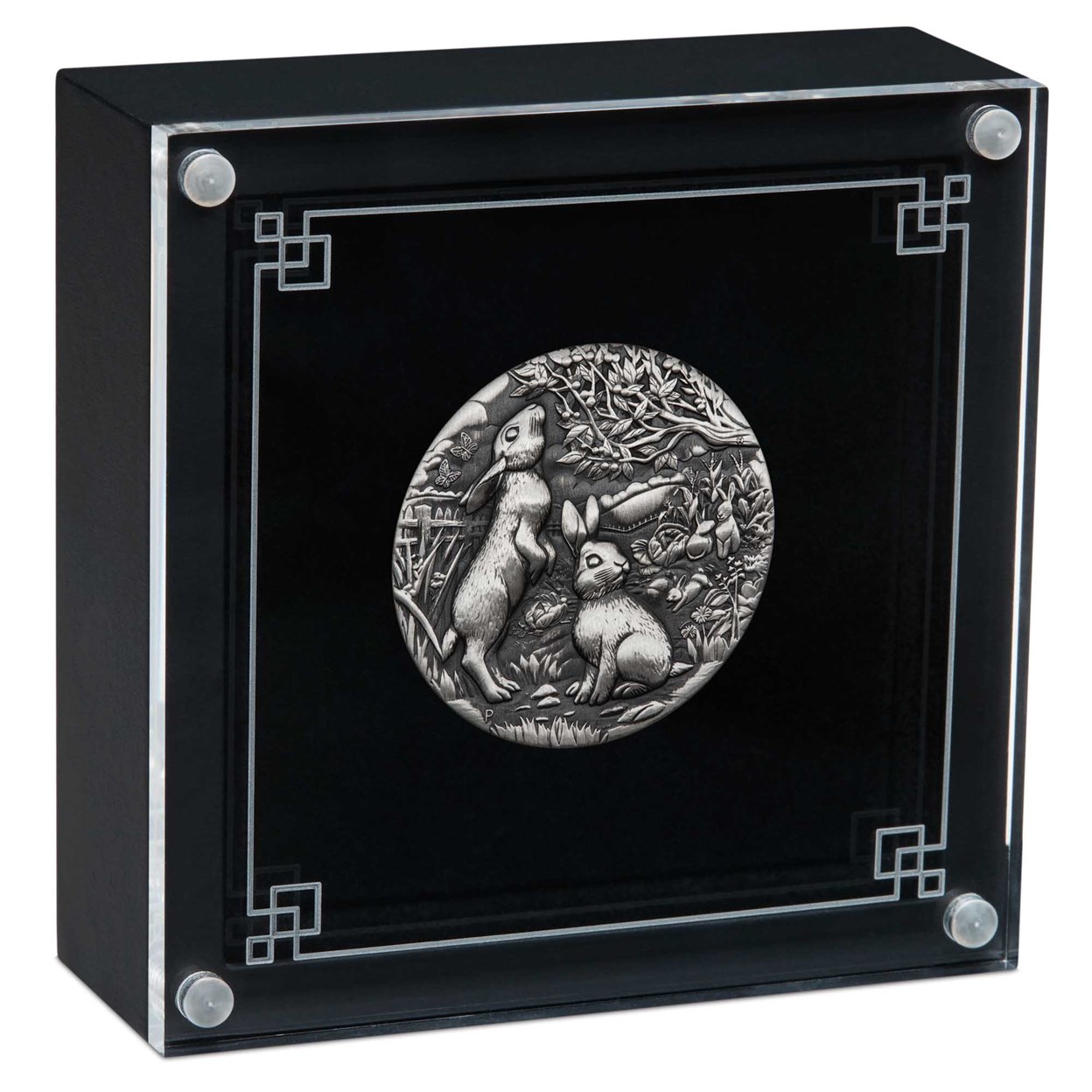 Accompanied by a numbered certificate of authenticity, the coin comes in a classic display case with a clear lid and an illustrated shipper. When aligned with the other shippers from the Australian Lunar Series III, the illustration forms a diorama depicting all 12 animals in the order they completed The Great Race, a traditional Chinese story about the creation of the lunar calendar.