Each coin is meticulously struck by The Perth Mint from 99.99% pure silver in proof quality.

Year of the dog design

The reverse of each coin depicts a German shepherd dog and pup lying in grass with Chinese peony flowers in the background. The Chinese character for 'dog' and the inscription 'Year of the Dog' also appear in the design with The Perth Mint's traditional 'P' mintmark.

Issued as legal tender under the Australian Currency Act 1965, the Ian Rank-Broadley effigy of Her Majesty Queen Elizabeth II, the 2018 year-date and the monetary denomination are shown on each coin's obverse. 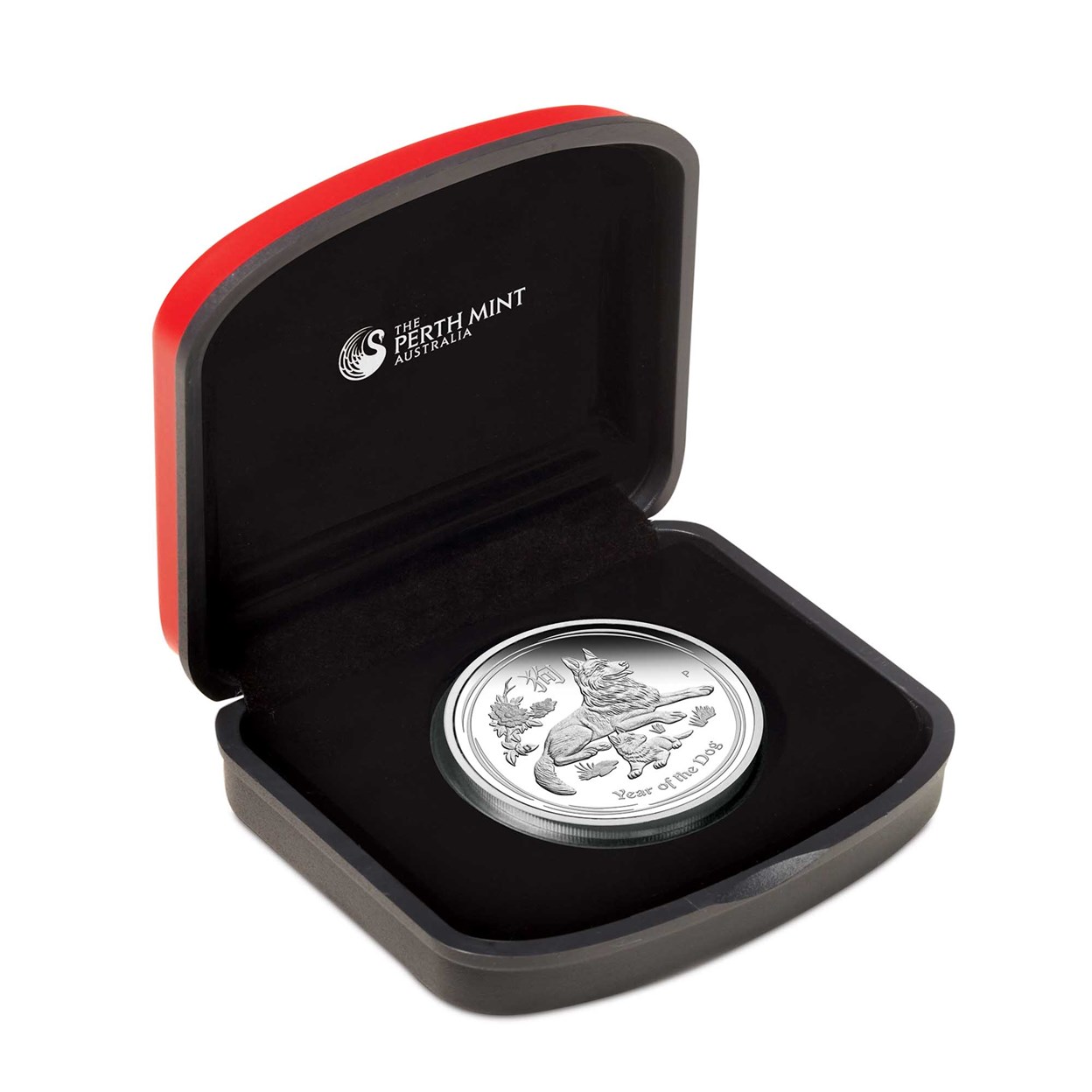 Each release is housed in a stylish red and black display case and illustrated lunar-themed shipper, and is accompanied by a numbered certificate of authenticity.