A special release for the 2019 Brisbane Money Expo, this stunning coloured silver coin marks the Year of the Pig.

Year of the pig design

The coin’s reverse design depicts a domestic sow and four adorable piglets in front of stylised rocks and foliage. The Chinese character for ‘pig’ and the inscription ‘Year of the Pig’ are also included in the design. 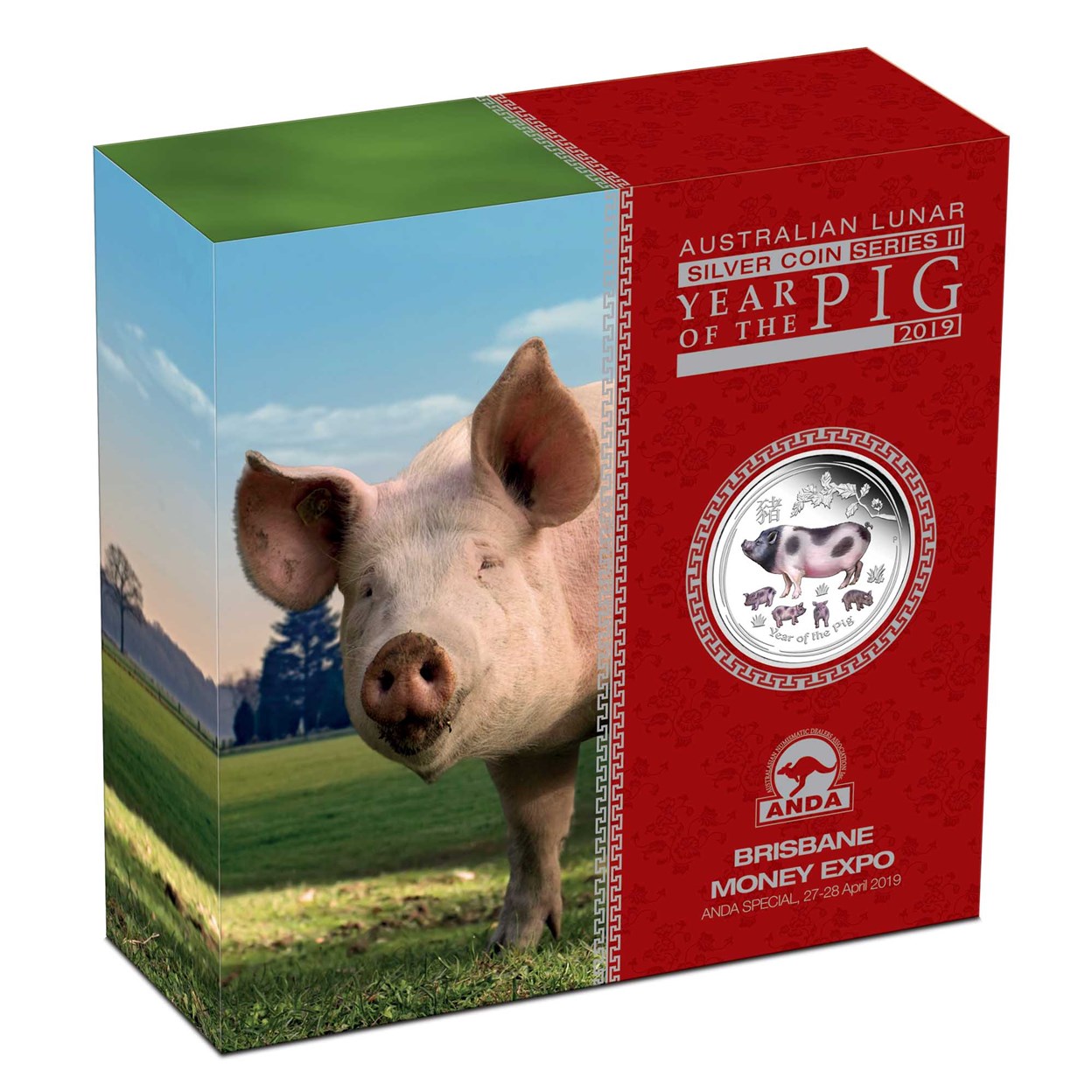 The coin is housed in a classic display case with a clear lid. Packaged within a Brisbane Money Expo themed shipper, each coin is accompanied by a numbered certificate of authenticity.